Trojans dismantle Panthers 24-9 in second round of state playoffs 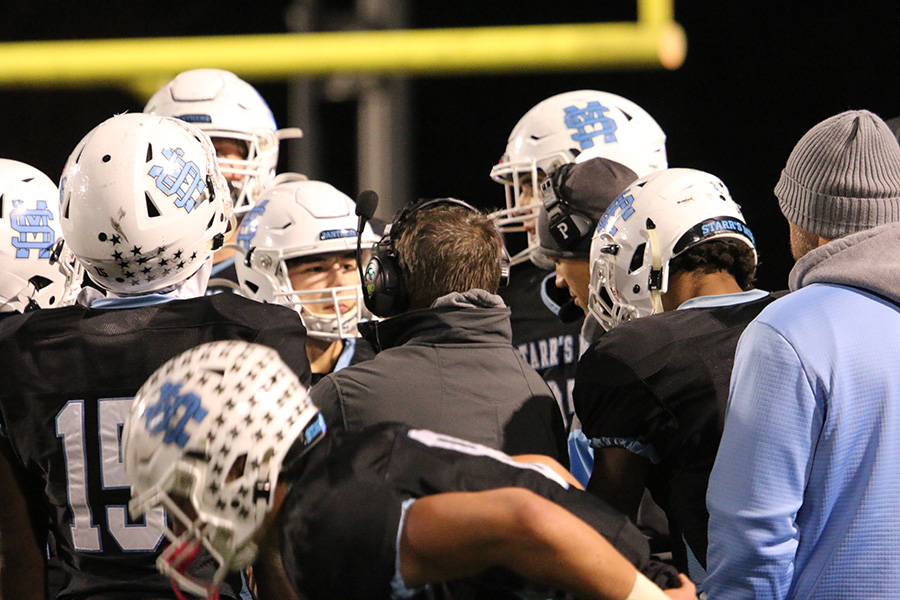 Head coach Chad Phillips talks with the offense during a timeout in the Panthers’ second round playoff game against the Coffee Trojans. Starr’s Mill ran with the Trojans for a while, but progressively lost control as the game went on, resulting in a 24-9 loss to eliminate Starr’s Mill from the playoffs. Against Coffee, Starr’s Mill set a season low for points scored and a season high for points allowed.