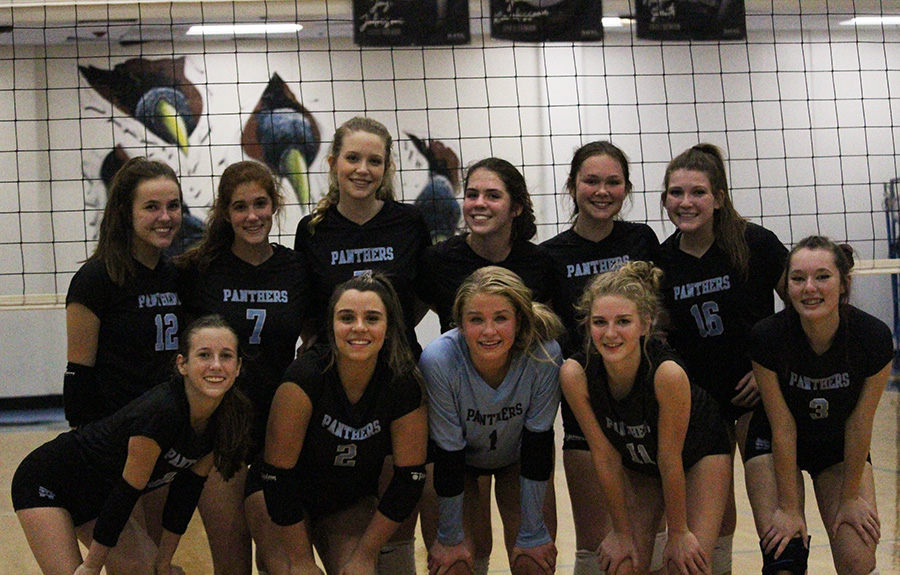 JV volleyball wrapped up the season with a 12-13 record. Throughout the season, the Lady Panthers improved in hitting and serving, as well as working together.

JV volleyball concluded its 2021 season on October 2 at the cross county tournament.

“I think we got a lot better at acting like we’re actually friends,” junior captain Ashlyn Oates said. “At the start [of the season] no one actually knew each other, but I think at the end, people were able to get along better to be a better team.”

An area that the team focused on was talking to each other during matches. Other areas of focus were working on correct form to make a good pass and getting into the right positions to be prepared for the next play, as well as covering for defense.

“I think we played really well and we did great at bonding together,” junior captain Liz Arnold said. “We improved on putting the ball away and covering the floor.”

The Lady Panthers ended their season with a 12-13 record overall.

“I am very proud of the girls for their performance,” JV volleyball head coach Shayne Thompson said. “[Also] for their behavior, the way they carried themselves, and the way they improved.”

Although the JV season has ended, varsity continues its march toward the playoffs in the Region 2-AAAAA tournament. After defeating Northgate and losing to Whitewater, Starr’s Mill hosts Harris County at 5:30 p.m. on October 14. A win guarantees the Lady Panthers a spot in the postseason.