Battle for the Troops scheduled for next week 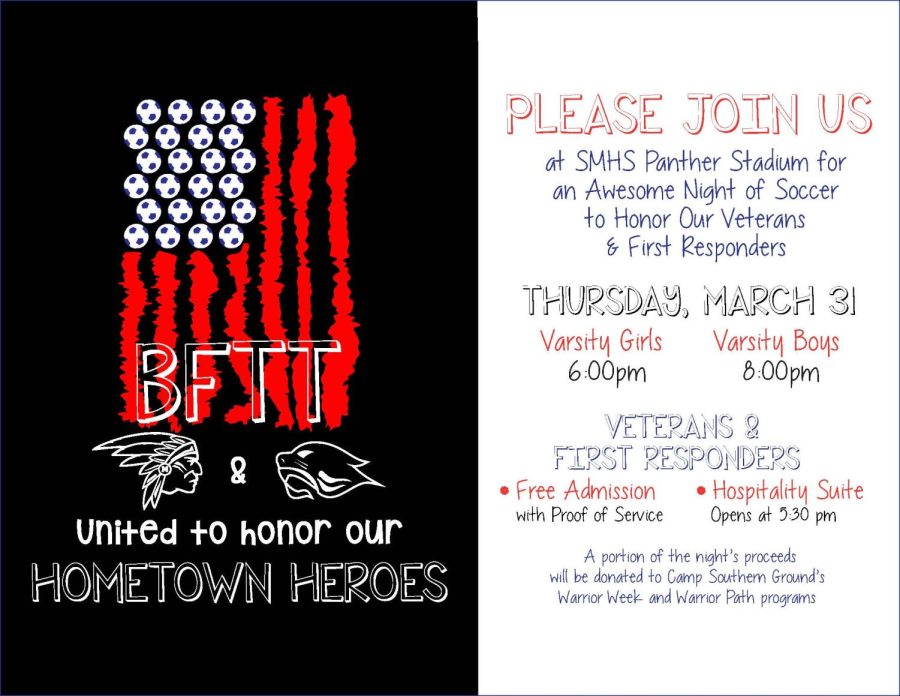 Starr’s Mill will host the 12th annual Battle for the Troops game on March 31. The soccer match against McIntosh is a way for the community to come together to recognize veterans and first responders.

Starr’s Mill soccer is hosting the 12th annual Battle for the Troops next Thursday. The Panthers and the McIntosh Chiefs, two rivals fighting for Region 2-AAAAA’s top spot, will unite to honor veterans and first responders.

The origins of the event can be traced back to January 2010, when a few parents approached the Starr’s Mill Goal Club president about a service project for the soccer teams. Also contributing to the event’s formulation were two seniors on the varsity girls team at the time, Katrina Frost and Lauren Swany, who wanted to support students who had joined the military after graduation the previous year.

After discussions with the board, the green light was given, and planning for the first Battle for the Troops event commenced.

“We look forward to honoring those who have done so much for our community,” varsity girls team manager and Goal Club vice president Christine Gutshall said. “It’s a great way for the student athletes to be involved with such amazing community members.”

A soccer game between Starr’s Mill and McIntosh, two county rivals, is a great setting for the community to unite to honor military and first responders.

Included in this year’s event is a ceremony between the varsity girls and varsity boys games as well as charity fundraising, all focused on celebrating those who help and serve the local community.

Camp Southern Ground’s Warrior Week and Warrior Path programs will benefit from this year’s game. This charity is a local organization that specializes in the health and well-being of post-9/11 veterans while providing the necessary support for their transition to life after military service.

With Starr’s Mill moving to AAAA next school year, the game will no longer count for region standings, although it is likely that the tradition will continue.

This year’s match will take place in Panther Stadium on March 31 beginning at 6 p.m. with the girls playing, followed by the boys at 8 p.m.