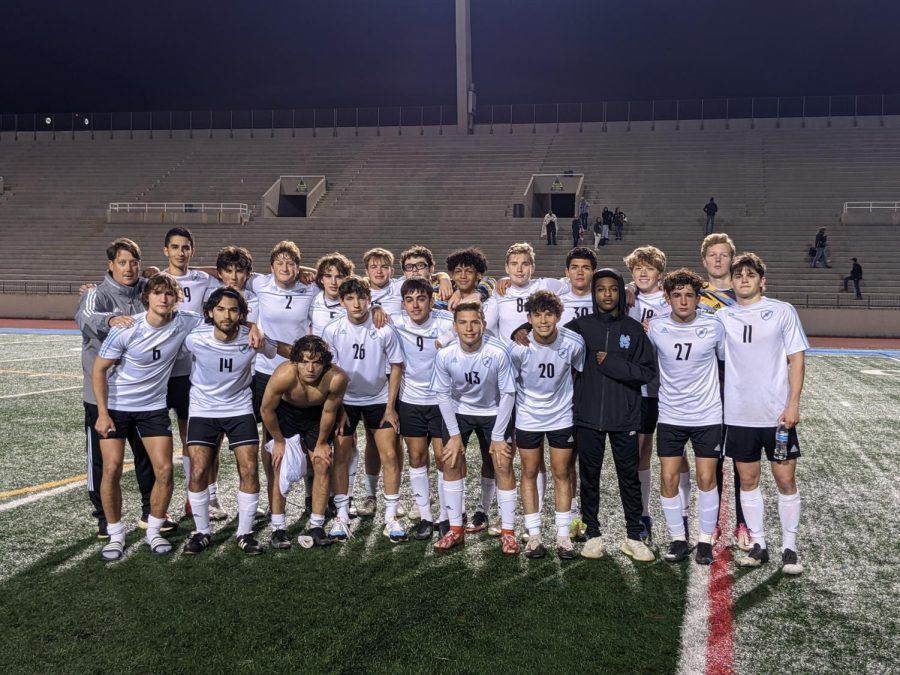 The varsity boys soccer season ended after a tough 4-2 loss in penalty kicks. The Panthers went 8-9-1 this season.

Coach Aaron Buck’s Panther soccer team went into round two of the state playoffs determined to win, but came up short in penalty kicks to Midtown, 4-2.

“I thought both teams played really, really well,” Buck said. “At the end, they made a couple more plays than we did, [but] I have nothing but pride for these players.”

Junior Camilo Velez  and senior Casper Krabsen-Jensen scored for Starr’s Mill in PKs but were ultimately outdone by the Knights team.

“It’s a rough loss, but it’s the memories with the team that matter more than winning any game,” senior Wyatt Stephens said.

The opening half saw both teams fighting for any advantage they could get, with possession and shots on goal balanced between both schools. The half ended in stalemate, a trend that would continue throughout the rest of regulation.

Players did not slow down into and throughout the second half, but neither team could pull ahead of the other. Both keepers warded off all attempts to break the 0-0 tie, sending the game into overtime.

“It was like a heavyweight fight, two heavyweights just standing in the middle of the ring just punching each other for the entire game,” Buck said.

Both the first and second halves of overtime saw a repeat of the game, with both teams desperate for a goal and playing harder and faster. Neither team scored, and the game moved to penalty kicks.

Velez struck first in penalty kicks and Midtown responded. Sophomore Mason Stallings was on target, but stopped by the Knights keeper. After Midtown scored again, Krabsen-Jensen tied the teams at two. Senior keeper Marcelo Quinones-Vilela could not stop the next Midtown attempt, putting the Knights up 3-2. The game ended after senior Jude Turpin was denied and Midtown scored again.

With the 4-2 loss in penalty kicks, Starr’s Mill finished the season 8-9-1 overall.

“At the end of the day what matters is the people I played with,” senior Casper Krabsen-Jensen said. “Two dozen players that I consider family now.”

The varsity girls soccer season also ended in the second round of state playoffs after the Lady Panthers traveled to Jackson County Monday night. After the 1-0 loss, the girls finished the season 9-10-1.