Golf teams on par for state after strong region performances 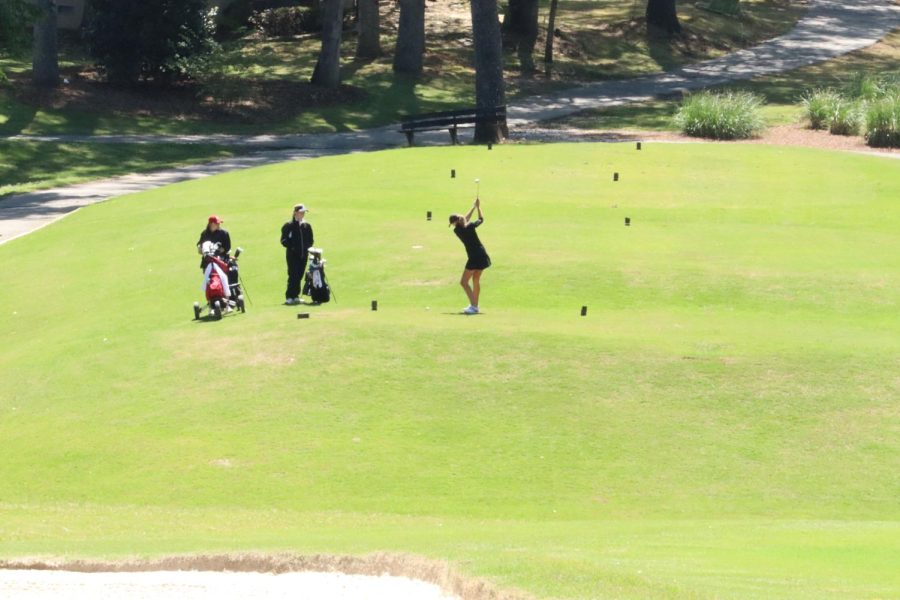 Boys and girls golf competed in the region championships April 18 and 19. The girls team won, while the boys placed third.

Earlier this week, both golf teams competed in their region championships.

The girls team won the region championship, finishing sixteen strokes ahead of Harris County and eighteen ahead of Woodward.

“The girls are going to really just try and work on short game and get ready for state, so they’ve got a bigger window,” golf head coach Burt Waller said. “We’ll do some different things with them, put them on the launch monitor and play various games so they can work on different aspects of their game and technique before state.”

On Monday, the boys shot three over as a team, ending up in third place. Individually, junior Will Sutton shot four under. Seniors Kyle Bachkosky and Thomas Reininger shot even, and fellow senior Ian Humphrey shot seven over.

The boys team qualified for sectionals and will compete on May 2. On the other hand, the girls are headed straight to state on May 16.