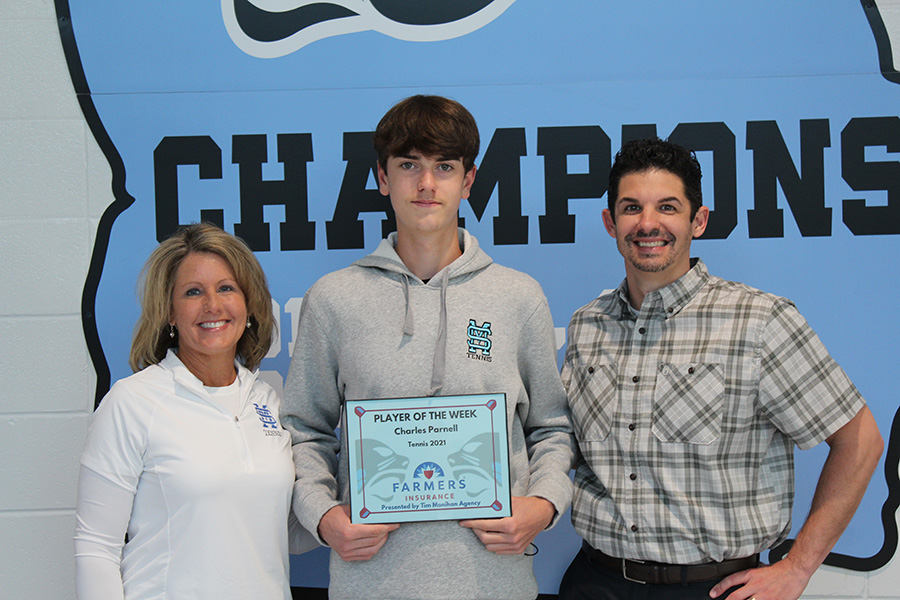 Tim Monihan and Farmers Insurance recognize sophomore tennis player Charles Parnell as the eighth Player of the Week for the 2021 spring sports season.

“[The best part about being on the team is] the energy and everybody hyping you up in a match,” Parnell said. “We’ve been doing really good. We have a full season now so we can actually play more matches.”

According to head coach Amy Evert, Parnell had a good performance at regions last week. He played two great matches and won both. Parnell has worked hard all year, and that hard work helps him out on the school team.

“Charles has excellent skills,” said Evert. “I’m hoping he’s going to lead our team deep into the playoffs. He has incredible skills and he works hard year-round.”

The Panthers have performed well this season. In regular season play, they ended with a record of 6-6. The team ended region play with a 5-1 record and finished second in the region.

With their recent win over Union Grove, the Panthers have advanced to state quarterfinals. The road to the state championship continues next week for Starr’s Mill tennis.