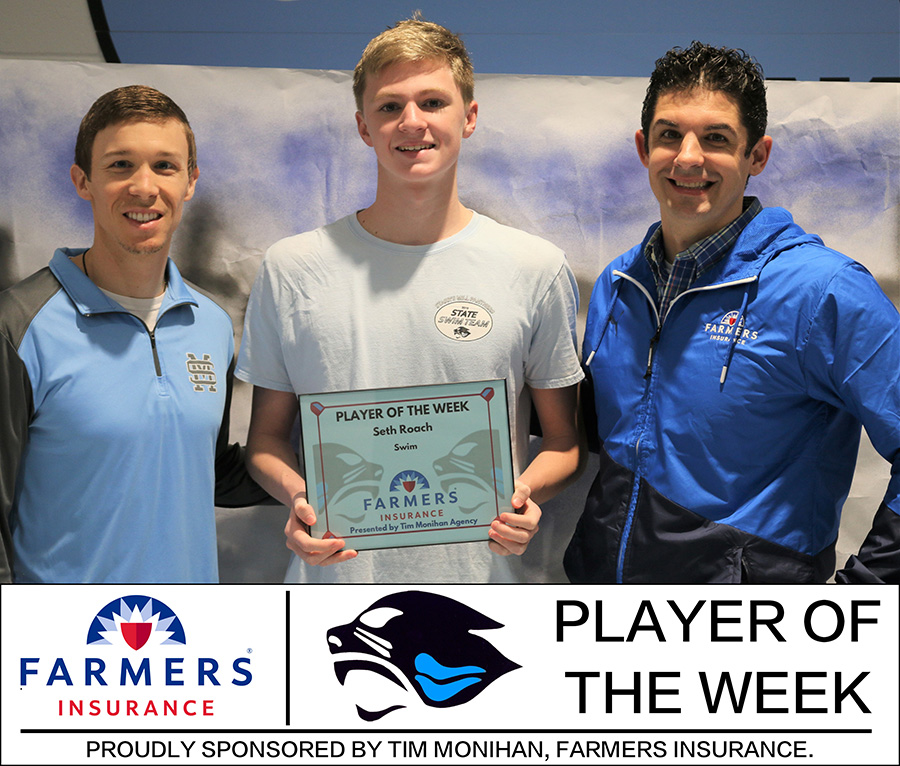 Tim Monihan and Farmers Insurance have named sophomore Seth Roach as the seventh Player of the Week for the 2019-2020 winter sports season.

“He swims year-round, but yet he still wants to come to the high school practices to make sure that he interacts with the other swimmers and just does what he has to do to be the elite athlete that he is,” boys’ swim coach Derek Abrams said.

During the final state meet for swim, Roach won first place in the boys’ 100-yard fly with a time of 50.99 seconds and first place in boys’ 200-yard medley relay along with senior Ben Phifer, junior Michael Tucker, and sophomore Samin Sayani who posted a time of 1 minute and 34.34 seconds.

“The season overall was really great for all the Panthers,” Roach said. “We won county for the 20th year and the state meet overall was great.”

The team also placed third in the girls’ 200-yard freestyle relay as McFaddin, Bacon, Presley, and freshman Juliana Carle posted a time of 1 minute and 40.61 seconds.

Michael Tucker also placed second behind Roach in the boys’ 100-yard fly with a time of 51.52 seconds.