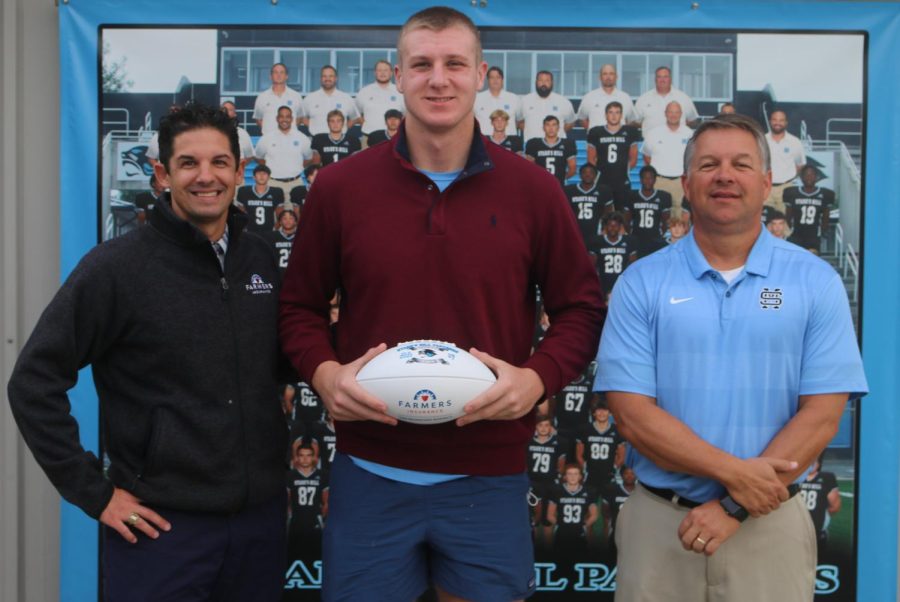 Tim Monihan and Farmers Insurance recognize defensive tackle Micaiah Shaber as the 12th Player of the Week for the fall sports season. This is the second time Shaber has earned the award this season.

“He played on the offensive and defensive line and played very well on both sides,” head coach Chad Phillips said. “He made some key blocks on offense and key stops on defense.”

In last Friday’s game, Griffin quarterback Khalfani Harps scored on the opening play of the game, a 65-yard run. Harps later returned a kick for a touchdown to end the first half. Shaber and the defense kept Griffin scoreless during the entire second half en route to a 28-20 win.

“The defense came together and made some changes at halftime,” Shaber said. “[The defense] has been getting better and better. We are working better as a team.”

Overall this season, the Panthers are giving up 227.7 yards per game and only allowing 16 points per game. The Panther defense is holding opponents to 31% on 3rd down conversions and have forced 11 turnovers. Through seven games, Starr’s Mill opponents have only managed three plays over 50 yards.

Starr’s Mill travels to Whitewater tonight for a game that could determine the Region 2-AAAAA champion. Kickoff is set for 7:30 p.m.