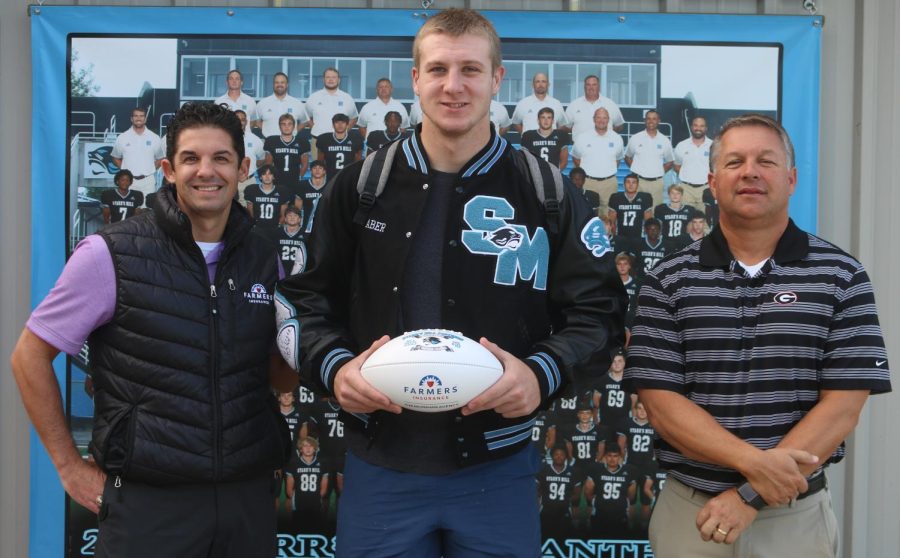 Tim Monihan and Farmers Insurance recognize senior defensive tackle  Micaiah Shaber as the 15th Player of the Week for the fall sports season.

“As a captain of the team, I try to set a good example of myself to the players having successful practices,” Shaber said.

Shaber, who recently committed to Yale, and the defense have only allowed 10 rushing touchdowns all season. Starr’s Mill is only allowing 120.7 rushing yards per game.

The defense is holding opponents to 27 percent on 4th down conversions, while the offense is converting 50 percent of the time. The Panthers average nearly seven tackles for loss per game.

“He had that good of a game, the best d-lineman who played incredible defense, and was very dominant on the line of scrimmage,” head coach Chad Phillips said.

The Panthers finished the regular season 7-3 overall, 5-1 in region play.

As the No. 2 seed in Region 2-AAAAA, the Panthers host Union Grove in the first round of GHSA state playoffs tonight at 7:30 p.m.

The two teams met on September 3 in Panther Stadium, with the visiting Wolverines capturing a 21-14 win. Starr’s Mill is 3-1 all-time versus Union Grove.