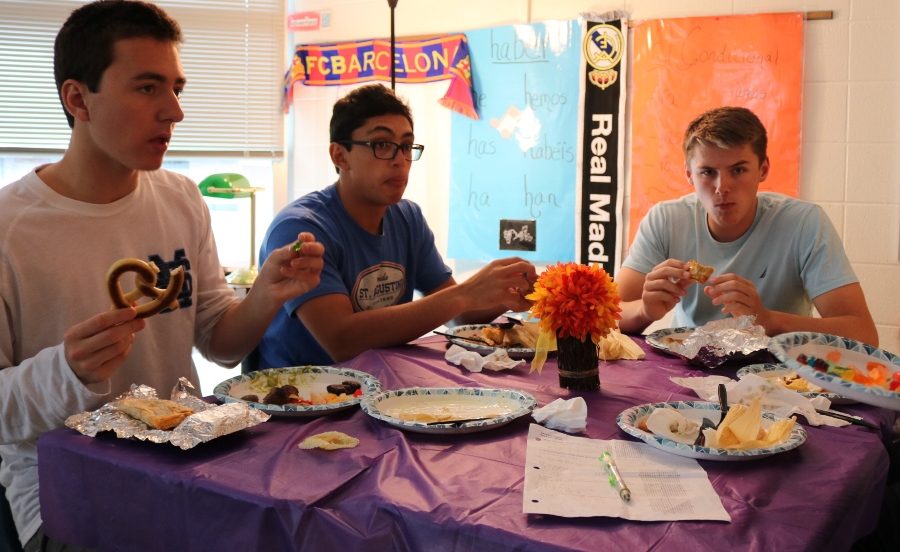 Two consecutive credits of the same language are required to graduate
Some students begin language pathways as eighth graders
Each language in the department has a corresponding club
Department chair: Laura Alldredge

The world languages department, led by Laura Alldredge, aims to broaden students’ horizons by exposing them to different languages and cultures. The department has three main branches in Spanish, French, and German. Each language offers four years of classes and has a corresponding club.

The Spanish pathway is taken by the most students of the three languages. Students entering eighth grade have the opportunity to begin their journey into Spanish if they meet certain grade criteria.

Although students become immersed in the language simply by taking the pathway, there are various opportunities to become more involved. Some of these opportunities include Spanish Club, the National Spanish Exam, and and the Clemson Poetry Contest.

“Because we’re teaching students how to communicate in another language, we learn a lot more about our students sometimes than other departments,” Alldredge said. “That’s one of the things that I love about teaching Spanish.”

Students who want to take French as a foreign language can enter the pathway as freshman.  Jill Snelgrove, the only French teacher at Starr’s Mill, is teaching the class for the first time at the Mill. She also leads the French club and creates fun activities in class such as a “March Madness” bracket for French music videos on YouTube.

French students participate in various activities in class such as pen pal letter exchanges and Cake Wars, a friendly competition within the culinary arts class. French students can also take the National French Exam and join the French Club.

Students can enter the German pathway at varying times. Every other year eighth graders can take German 1, but German 1 is consistently offered to freshmen at the Mill. This language pathway is led by Antonela Kljajic.

“We want students to love learning languages and other cultures,” Alldredge said.