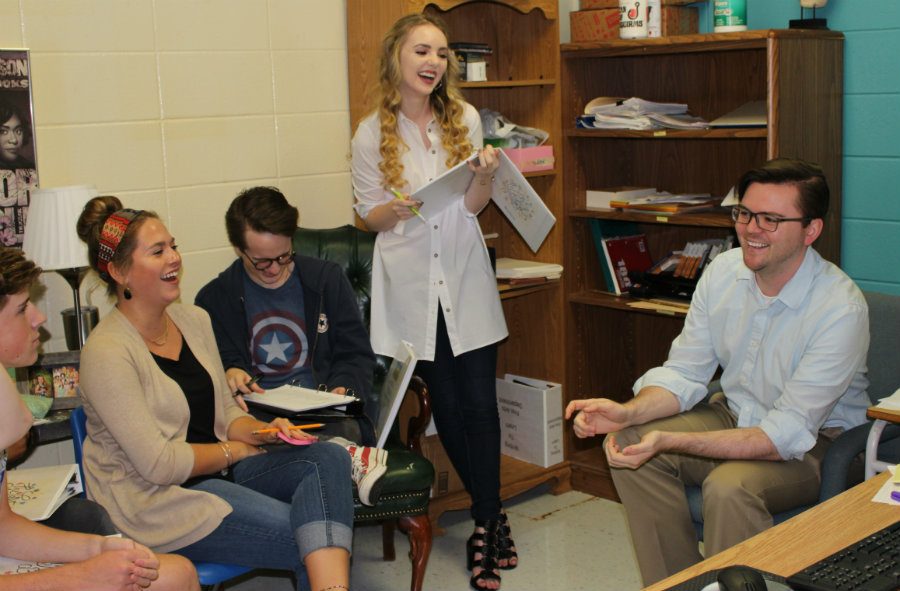 “I like that drama is very creative. We get to build all these different characters, sets and costumes for the illusion of a certain place, a certain time period, to present to an audience.”

Originally from Toledo, Ohio
Moved to Forsyth County, Ga. when he was 8 years old
Graduated from South Forsyth High School

The Mill welcomes new drama teacher Andrew Snider to the Panther community. He has taken on the role of managing the drama department as well as directing all the plays and musicals.

Before coming to Starr’s Mill, Snider taught theatre, English, and English as a second language to students at Dawson County High School. Snider looks forward to “getting familiar with the school and the culture” as well as “providing the school with really great shows,” Snider said. He has already started planning a one act play, something that’s never been done at Starr’s Mill before, as well as other shows based off his interest and the interest of the students.

He picked the children’s show of “Junie B. Jones” so that the community can enjoy a family play. “I thought by doing the children’s theatre that more people can come out and enjoy it, and it’s during Christmas time and who doesn’t love a Christmas show?,” Snider said.

He uses a lot of group work within his teaching methods and is “a big fan of performance tasks,” Snider said. His classes study theatre history and the creation of different sets and costumes to stage plays. He hopes that his students will “gain an appreciation of theatre,” Snider said.