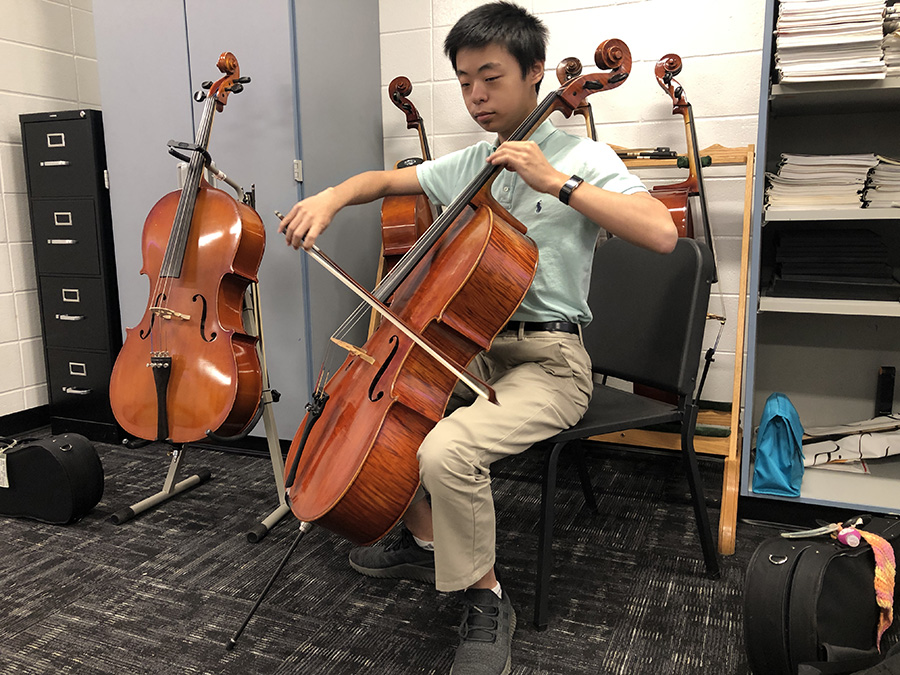 Sophomore Richard Wang qualified for a GHP in the music field.

While playing the cello in advanced orchestra, Wang’s favorite subject is actually math.

“My music education is mainly done outside of school,” Wang said. “I might consider a math minor along with my music major.”

Even though most of his former training takes place outside the school,  Wang credits the teachers at Starr’s Mill who have been supportive throughout the GHP application process. With all the essays required to be written as part of the application, he asked some to look over his writing, which pushed him to make the best application he could.

His love for playing the cello has given Wang major motivation to pursue his goals, something he says is even further strengthened by his private teachers,  conductors  and peers.

Wang doesn’t see himself as a career musician. Instead, he plans to pursue a career in engineering.

He is a part of the school’s Vex Robotics Team.