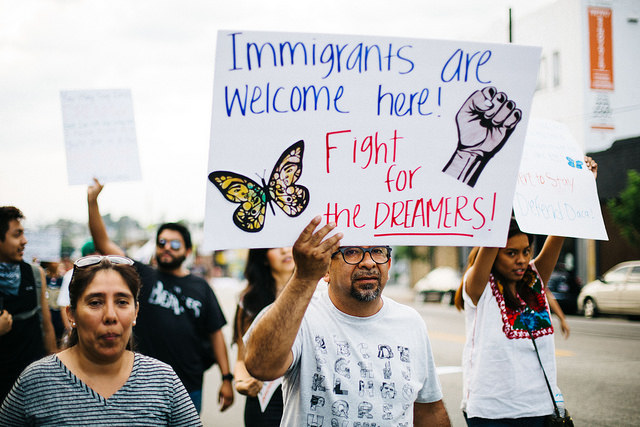 Repealing DACA is a mistake

There has been a large shift of attention in these recent months over the program Deferred Action for Childhood Arrivals due to President Trump’s constant attempts to repeal this act, resulting in many protests demanding it stay in place. This puts the one question in mind to the millions of people that have learned about DACA — should it really stay or should it go? The answer is clear: allowing for less fortunate immigrants to be given opportunities to gain legal jobs, driver’s licenses, and their own houses needs to be something that everyone should support.

Before getting into the should or should nots, one should first make sure that they know what exactly DACA is. The Deferred Action for Childhood Arrivals is a program designed to help undocumented immigrants who moved to the United States at young ages eventually acquire jobs and driver’s licenses and even sign up for colleges. However, this status does not give these immigrants citizenship or legal permanent residency.

Those assuming that just any undocumented immigrant is eligible for this opportunity are inherently wrong. DACA is an extensive process with strict requirements. Those who are applying must be either in school, own a high school diploma, or be a military veteran. Applicants must also have a nearly impeccable criminal record.

Another wrong assumption that many have is the belief that DACA immigrants do not pay taxes. However, the Institute on Taxation and Economic Policy stated that the people in this program have paid an estimated $12 billion in both local and state taxes.

Patrick Gillespie, a journalist for CNN, wrote about the estimates that Ike Brannon, a specialist in fiscal policy, regulatory issues and tax reform, made. “Brannon estimates that repealing DACA would also hit the U.S. government by deporting taxpayers,” He says. “He forecasts a potential $60 billion loss in tax revenue to the federal government and $280 billion hit to economic growth over 10 years.”

I decided to make the post because I really wanted to bust the myth that undocumented immigrants don’t pay taxes and don’t contribute to this country.”

When asked as to why she posted something that would no doubt receive an immense amount of negative feedback and could end in possible deportation, Sisa responded by saying, “I decided to make the post because I really wanted to bust the myth that undocumented immigrants don’t pay taxes and don’t contribute to this country. We are the subject of scapegoating, especially during the Trump era.”

Possibly the most commonly heard accusation toward undocumented DACA immigrants is that they are taking away the jobs of American citizens. This is completely false. In fact, the truth is the other way around — many companies throughout the United States such as tech companies in New York, construction firms in Virginia and trucking companies in Kansas are in need of new workers. These are only a few mentioned of the six million jobs in need of being filled. How can one complain that immigrants are “stealing” the jobs of Americans when there is such a wide gap of jobs that are still available and in desperate need of filling?

“Getting rid of DACA reduces the number of skilled workers and a lot of industries are facing worker shortages. To push this now is really an inopportune time,” Brannon said.

The Left Leaning Center for American Progress states that repealing DACA would result in an economic loss of nearly half a trillion dollars. The elimination of DACA would only end with atrocious outcomes. Over 800,000 hardworking immigrants who have paid taxes and served in the military or attended school would be denied driver’s licenses, the ability to own their own house, and the loss of employment. DACA should stay for the betterment of America’s economy and their immigrants. 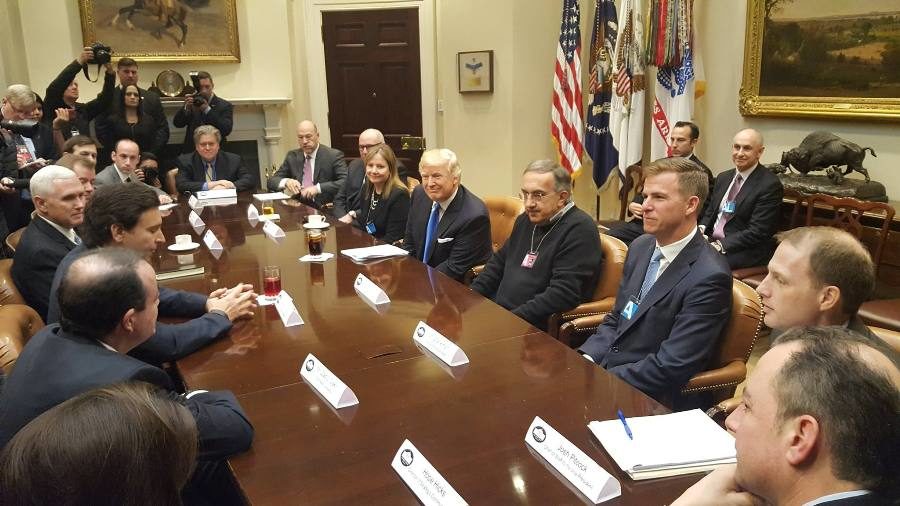 Repealing DACA is the right choice

In September of 2017, President Trump announced plans to rescind the program known as Deferred Action for Childhood Arrivals. The policy, which was introduced by the Obama administration in June of 2012, allowed for minor children of illegal immigrants to be granted a two-year period of deferment from deportation, and be allowed to obtain a work permit.

In order to be eligible for DACA, one must have a high school diploma or GED, be honorably discharged from the armed forces, and have no felony or serious misdemeanor convictions, and pose no threat to national security.

[P]riority should be given to those that actually follow the law, not those who benefit from breaking it.  ”

While it is true that these requirements are rigorous, DACA participants are already committing a felony by being in the United States illegally, and allowing them to stay in the country is allowing them to escape conviction.

That’s right. While almost 4.5 million people are waiting to legally immigrate to the United States, nearly 1 million illegal immigrants are are allowed to avoid deportation, simply because they came here as children.

The wait list for a visa can be anywhere from 19 months to 33 years.  With that wait time, priority should be given to those that actually follow the law, not those who benefit from breaking it.

DACA itself is nothing but a constitutional overstep of Executive power. In creating this program, President Obama ignored the millions waiting to legally immigrate, and showed the American people where his priorities stood.

When the United States allows nearly one million people to illegally remain in the country, what message does that send to those waiting for legal immigration?

Immigrating to this country is a privilege, not a right. While the United States is a country built by immigrants, it’s a country of laws, and those laws need to be followed. If DACA participants are to  illegally live in this country, they should be just as susceptible to the laws they have broken, just as any American would as well. As Ronald Reagan once said,  “A nation without borders is not a nation.”