Not worth the complaints 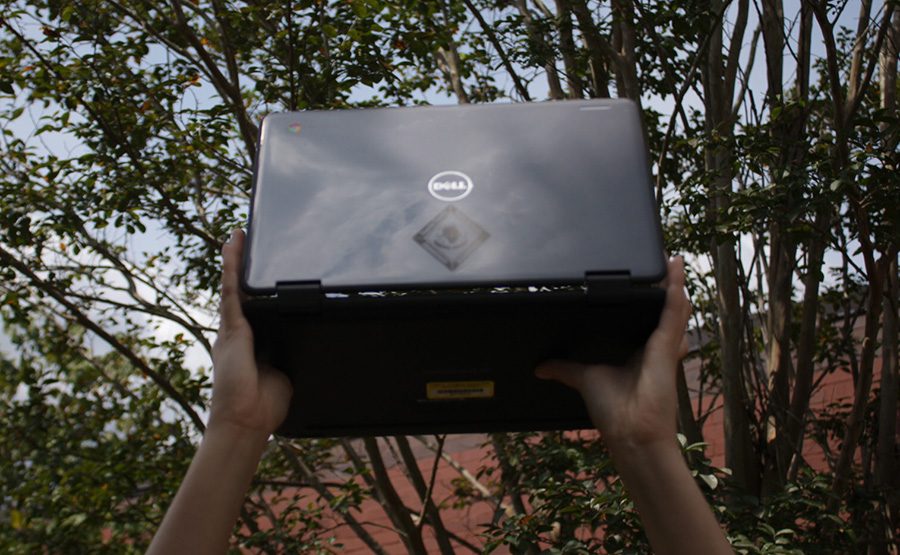 The implementation of the Chromebooks this school year is sure to improve learning in and out of the classroom. The Chromebooks create a classroom that can do so much more than before.

Leave it to Starr’s Mill students to complain about getting a Chromebook free of charge to use for several years. I’m not very surprised to find out that the same kids who drive around Jeeps and BMW’s are the same ones complaining about the Chromebooks. Talk about first world problems. The trivial downsides to carrying around the Chromebooks pale in comparison to all the positives.

The Chromebooks aren’t even worth whining about. They’re here and they aren’t going anywhere anytime soon. It’s best to fix what problems we can and just deal with the rest. Have your own computer? Keep using that for personal stuff! That way you don’t have to worry about what the Chromebooks block or not. Complaining about it won’t unblock anything. It will just annoy everyone.

The first positive is the most obvious: everyone gets a computer. The privileged kids complaining about them might already have their own computer, but not everyone does. In this day and age, keeping up with assignments, due dates, test dates, relies on students having access to a computer. Giving out Chromebooks ensures that all students have the ability to keep up with school.

If you do what your supposed to be doing, then you will barely notice ‘big brother’.”

Everyone getting a computer also allows the dynamics of in-class participation to change. Tests and quizzes can now be taken online and teachers can see what the students are doing to potentially help them out with assignments (and keep them from being off task).

Teachers don’t have to worry about cheating either because they can temporarily block sites as well. To those who do cheat, this might not seem like a positive, but hard working and competitive students might be relieved to know. Many people may be worried or even creeped out at the “big brother” aspect of these computers, but it’s all to promote academic honesty. If you do what your supposed to be doing, then you will barely notice “big brother.”

First and foremost, teachers are concerned with properly educating their students. Being able to make sure that they are staying on task so that they can be the best students possible is paramount to them and their job. At the same time, using the computers every class is not required and allows flexibility with teaching styles.

The Chromebooks are actually kind of great to have in class because they are a form of technology that we are allowed to have in class mostly without question at almost any time. Prefer taking notes on your computer? Now you can do that. Finished with class work early and want to start something for another class? Pull out your Chromebook and do it. Again, Chromebooks allow for flexibility for what we can do in the classroom without risking distraction.

The Chromebooks allow a huge advancement the student experience at school and their ability to learn and keep up with assignments. They aren’t something to complain about for trivial reasons, but something to be grateful for, as not all student across the U.S. and the wider world get the same opportunities.

Chromebooks should be kicked to the curb 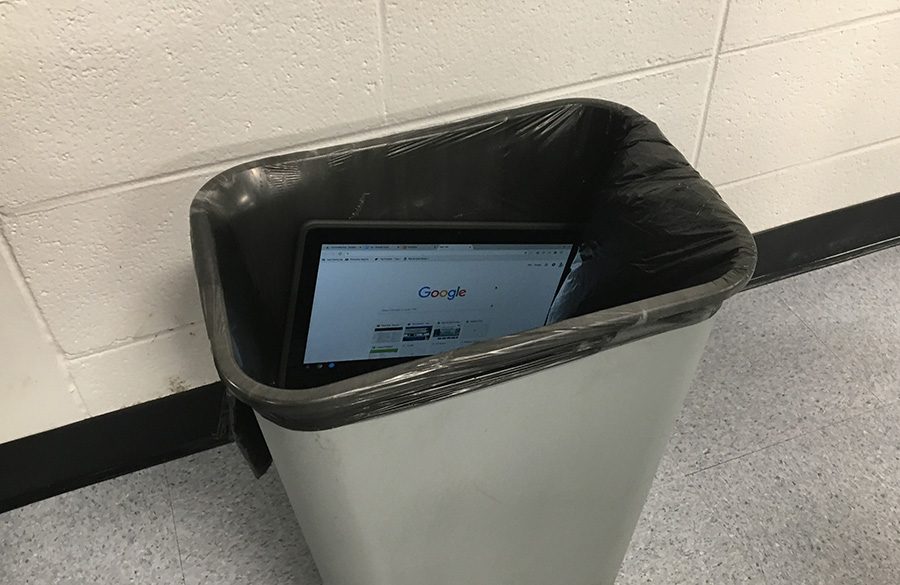 The Chromebooks are only useful to type up an essay and check blackboard, but other than that they’re just a pain. The lack of personalization and baby-proofing they have is ridiculous for the teenagers they’ve been given to.

Let’s get one thing clear: Chromebooks are a pain. Sure, as soon as everyone got them we were all fawning over the technology and how it has this cool “state of the art” touch screen, but soon after, everyone began to hate them and with good reason. I’ve noticed now that everyone has turned to begrudgingly accepting them, but they’re still terrible.

And for the sake of everyone’s sanity, I’m not even going to talk about the cases because I could write another entire story on that.

First off, the whole touch screen feature isn’t something to get hyped about. I’ve had my personal laptop with a touch screen and you quickly learn that it comes in handy, but its not a big deal.

Then we have the problem of the delete button. There’s a problem here simply because there isn’t one. Even just writing this down, I have pressed the lock button at least 20 times because that’s where the delete button is on my own computer.

[I]f you want to look up the closest vape shop then go ahead, but good luck looking up those literary terms for English class.”

The delete button is just so easy to use because its just taking out that extra step if you only have a backspace. For those that don’t know what the delete button does, it’s just like the backspace but it goes in the other direction.

And has anyone actually looked up the word “term” recently? Because that’s blocked, but somehow “vape” isn’t. So if you want to look up the closest vape shop then go ahead, but good luck looking up those literary terms for English class.

I know Fayette County is working on giving high school students more search freedom than the second graders, since currently we are all under the same restrictions, but I’m not sure it would improve anything very much. There needs to have a lot of change in the restrictions because obviously students who are legal adults need to have more access than seven year-olds.

Now even if the rest of the problems with the Chromebooks were manageable, the lack of personalization just ruins the whole thing for me. My whole philosophy on having any kind of new technology whether it be a phone, laptop, or software is to know everything I can about its features and settings.

Anytime I get a new piece of technology I sit down with it for an hour or so and go through every nook and cranny of the settings and personalization features so that I know the tech is going to work the best it can for me.

When I went through the Chromebooks, however, it took me less than five minutes. There’s barely any personalization other than what background you want to have. Sure, there’s a lot you can do with Google to customize the settings, but almost all software and programs on the Chromebook itself are blocked by the county.

I get that the Chromebook isn’t supposed to be used for much, but it really feels like we were just handed a keyboard with Wi-fi and Google Drive. There’s not much we can really use it for because its been stripped down to the bare essentials so that it “doesn’t distract us,” but other than that, it’s pretty useless.