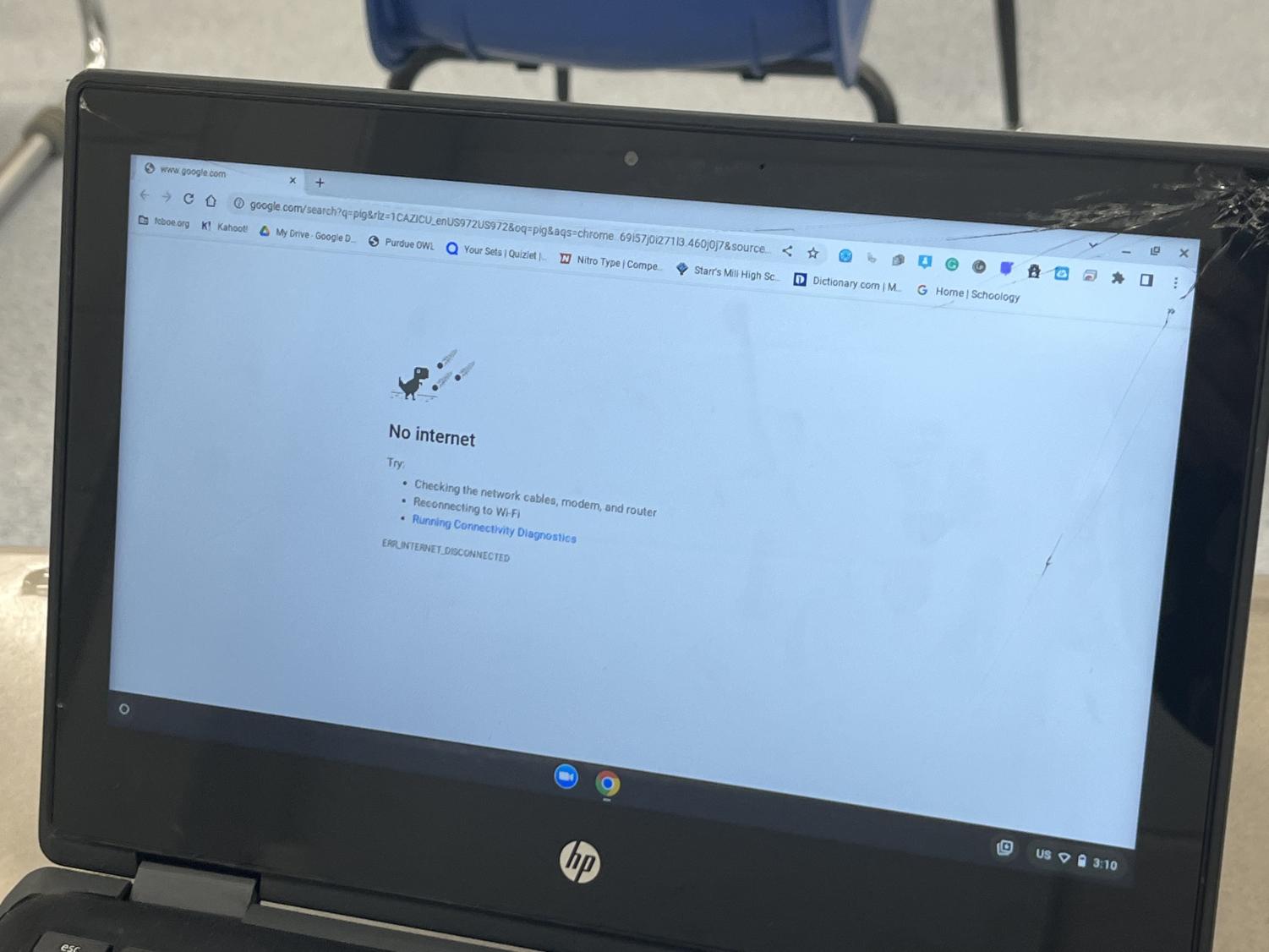 Last September, the school issued replacement Chromebooks to freshmen, sophomores, and juniors. With an increasing amount of problems popping up with the newer Chromebooks, there is now a desire for updated Chromebooks. Staff Writers Drew McCarthy and Ashton Lewandowski get together to discuss the necessity of another round of updates.

New Chromebooks are worth the cost

When we first entered this school year, the Chromebook I had first received a few years ago had been absolutely pushed to its limits. The screen had detached from the keyboard on one side, the battery had been fried so it only worked when plugged in, and more keys had gone missing than a car thief could dream of. All of this despite my best efforts to keep it functional.

The announcement that FCBOE was preparing to hand out newer, sleeker, better designed Chromebooks to students was a blessing. While I had some aura of caution about the new Chromebooks, I figured anything would be better than the broken machine that I had been stuck with. I gladly welcomed it.

The new set of Chromebooks are stable pieces of equipment. They have a sufficient battery life to last a full school day and then some. The speed of the Chromebook itself is far superior to the previous old Chromebook.

When we first got the new Chromebooks, I was scared that the technology would deteriorate like the previous Chromebooks. This has not happened. The technology has stayed relatively consistent in quality, and if there is some depreciation it has not been as radical as with the older Chromebook.

The new Chromebooks have been nothing but helpful whereas with the old Chromebooks I felt like I was constantly at war. I genuinely believe that there is no need for a newer Chromebook. If exponentially more and more problems arise and affect the new Chromebooks, I will have to change my opinion but it seems unlikely, at least for a while.

As a student who uses a Chromebook every day, I believe that having my current Chromebook is extremely helpful. FCBOE should not waste money on purchasing newer Chromebooks any time soon.

Back in September of this school year, freshmen, sophomores, and juniors received new Chromebooks. Excitement of the presents was very high. Now as a student who has received one of these Chromebooks and has used it for several months, I can surely and accurately say I am disappointed.

Simply getting rid of the old Chromebooks felt so nice. They were laggy, and they were breaking easily. Most students had technical trouble and it would be surprising to see a student who has not had at least one problem with them.

A simple stroll into the Chromebook support room in the library could leave anyone baffled. The shelves of broken or damaged Chromebooks were nearing their limits. There might have been around 100 or so in there at a time.

The problem was obvious, and luckily, the school acted. They ended up doing the right thing and giving a new Chromebook to every student in the school, excluding this year’s senior class. They came to the rescue so to speak.

At first, the new Chromebooks were heaven sent. They were much faster. On top of that, the battery life was at least twice that of the old ones. Everything seemed to be going fine. And it was going fine… for a bit.

The Chromebooks began to change. Specifically they began changing in the exact same way they the old ones had. Say goodbye to one of the main reasons why we got new Chromebooks.

With exams and EOCs coming up, it is important to have a charged, working Chromebook. It would be a tough situation for someone’s Chromebook to stop working suddenly during an exam, especially one that counts for 20% of a student’s final grade.

The importance of a Chromebook goes past exams. In order to do 90% of the work teachers assign their students, a working Chromebook is the bare minimum. In an effort to increase trust and appease the student body, new Chromebooks should be introduced or a complete revamp of the current ones.

This could include both software updates and or hardware changes. Both of these could be effective in eliminating the technical challenges faced by the students. In doing so, there will be an end to needless frustration and an especially relieving feeling to the students of Starr’s Mill.