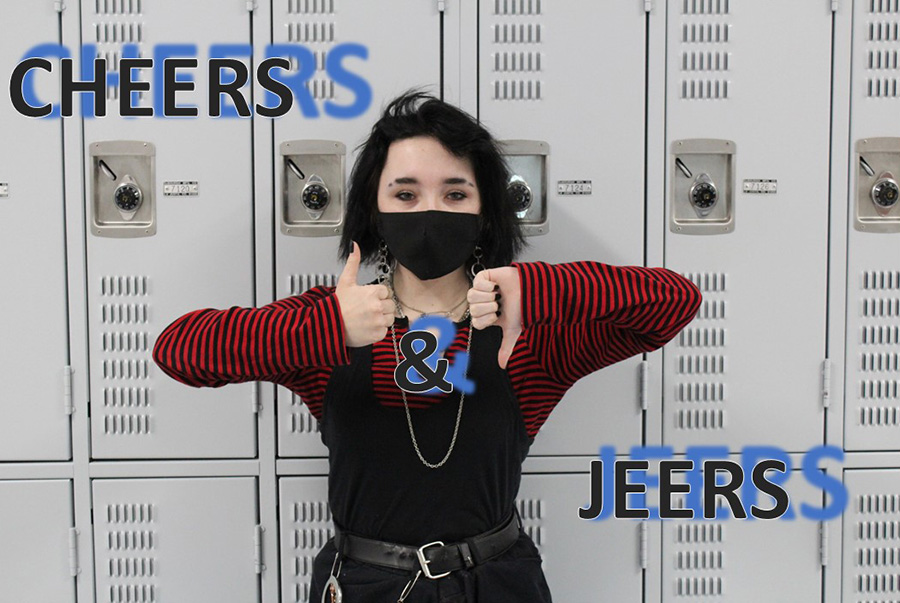 Cheers to the legendary Josh Fight that took place on April 24 in Lincoln, Nebraska. This battle was organized by Josh Swain, a civil engineering student from Arizona, who wished to battle for the right to the name “Josh.” The winner of the Josh Fight is Josh Vinson Jr., a four-year-old boy referred to as “little Josh.”

Cheers to the prom that took place this last Saturday.”

Cheers to our staff writers here at The Prowler who won state awards at GSPA! Between five student journalists, The Prowler garnered ten awards and earned Superior overall. Great job everyone! #panthes

Cheers to the prom that took place this last Saturday. If you ignore the storms, the lack of masks, and being crammed into the 600 hall with close to 200 other students, it was a magical night.

Jeers to the upcoming AP exams. All of those poor AP kids have one final hurdle before they can finish out the 2020-2021 school year. Good luck everyone!

Jeers to the temporary prom that took place in the 600 hallway while a storm passed.”

Jeers to wisdom teeth, especially when they grow in impacted. I am about to go to college and I still have new teeth growing in? That seems pretty messed up, if you ask me.

Jeers to busy work, especially right before exams and graduation. Let’s be honest, students do not want to do the work and teachers most likely do not want to grade the work. Here is a million-dollar idea: let’s just scrap the busy work.

Jeers to the temporary prom that took place in the 600 hallway while a storm passed. Students dressed in their best (now rain-soaked) attire were packed like sardines into the beloved math and science hallway. At least everyone was socially distanced and wearing masks, right?