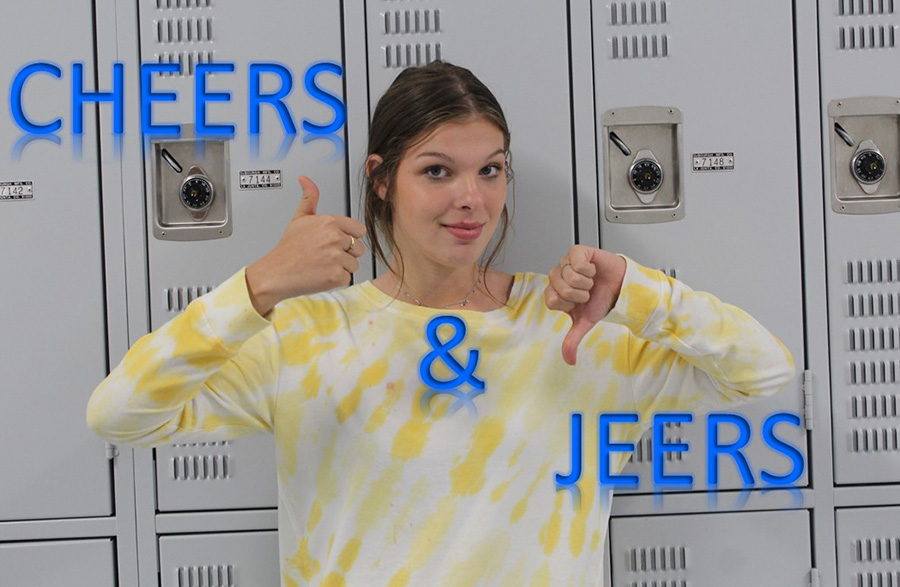 Cheers to senior softball pitcher Lilli Backes for surpassing 600 strikeouts in her career and pitching a perfect game against Mount de Sales last weekend. Backes is now less than 90 strikeouts away from setting a new school record for strikeouts.

Who doesn’t love a nice, yummy pb&j with the crust cut off?”

Cheers to peanut butter and jelly sandwiches. Who doesn’t love a nice, yummy pb&j with the crust cut off? Apologies to those who have peanut allergies.

Cheers to the United States of America for earning the most medals in this year’s Olympics. China placed second by only one medal.

Cheers to only 137 days left until Christmas. Soon we’ll all be drinking eggnog and singing carols under the mistletoe.

Cheers to surviving the first week of school. Congratulations to everyone who has gone this long without being quarantined. Our deepest sympathies to those joining us via Zoom.

Cheers to The Prowler staff being back in the newsroom. We are excited to start the year with 14 returning journalists and 12 new members.

Jeers to summer work. What’s the point of taking away time from the already short summer to give students more school work? Also, let’s be real, teachers probably don’t feel like grading a bunch of summer work, so why don’t we just please everyone by scraping the concept of summer work as a whole?

Jeers to FCBOE disconnecting over $500,000 worth of cameras. These cameras were installed last school year at the height of COVID with the hopes of using heat sensors to monitor everyone who entered the school. Why spend half a million dollars on cameras if you are only going to disconnect them a year later? Not a very effective use of taxpayer dollars.

Jeers to school starting so early this year. Remember the golden days of last school year when the initial start got delayed by a few weeks? Man, those were the good times, if you don’t count the global pandemic throwing everything off.

Jeers to 137 days until Christmas. It seems so close, yet so far at the same time. Not to mention the closer Christmas gets, the closer final exams get, and it is way too early in the school year to already be worrying about exams.

Jeers to tacos without cilantro on them. I do not know what it is about tacos with cilantro, but they always taste 10 times better than cilantro-less tacos. If you are one of the few souls that think cilantro tastes like soap, we are sorry…that you have bad taste.

Jeers to previous New York Governor Andrew Cuomo, who resigned as of August 10 on accounts of various sexual assault allegations. Cuomo tried defending himself by stating “I do hug and kiss people casually, women and men”. Casually hugging and kissing people does not make your case any better, Andrew. That’s still weird and quite creepy.