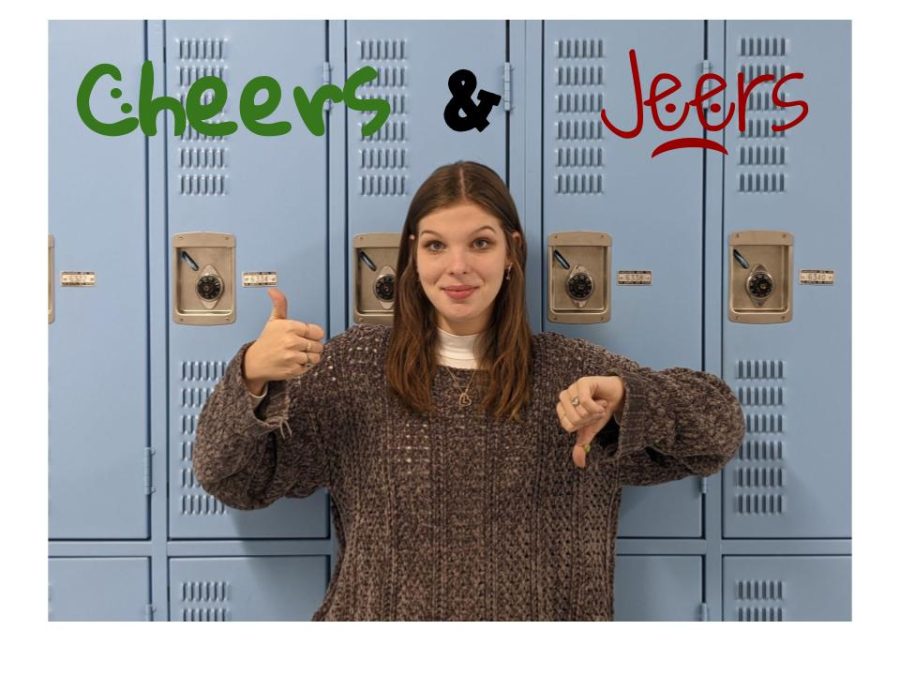 Cheers to the Pantherettes for capping off an undefeated season by winning state on February 12. This amazing team has now won state for five straight years.

Cheers to Southside Church for all they have done…”

Cheers to three more weeks until our next break from school. Even though we just had winter break last week, if you are anything like us here at The Prowler, you are already counting down till the next break.
Cheers to “Pippin,” this year’s spring musical, being performed this Thursday through Saturday in Willie Duke Auditorium. Pippin includes hand-to-hand circe, Lyra, and silk.

Cheers to the French club’s upcoming crepe day on February 23. Crepe day is open to all students, not just the French club, but it does have a $5 fee.

Cheers to Southside Church for all they have done to support the friends and family of Russell Logan. An extra special cheer to the youth pastor who has put on all the events.

Jeers to being at school on Presidents’ Day. Even though we had a break the week prior, we should have had the day off to celebrate the national holiday.

Jeers to this year’s Super Bowl ads. They were super-disappointing, especially the Bitcoin QR code that crashed.

Jeers to Russians invading Ukraine and sparking fears of another war. Have we not learned anything from history and how both world wars started?

Jeers to Kanye acting crazy on Instagram over his split with Kim Kardashian. According to an online relationship coach, he is showing multiple signs of someone who may harm his spouse. We hope he gets some help before anything bad happens.