She-Hulk meets Daredevil for the first time. This episode focuses on what She-Hulk can do as in the hero world.

Following the last episode, Episode 8 focuses on the good She-Hulk can do outside of the courtroom.

After a failed attempt to stop a robbery, the new hero Leapfrog suffers 3rd-degree burns on his legs after a suit malfunction. That suit was made by Jacobson and Leapfrog goes to Jennifer for help in getting compensation for his suffering.

A problem arises, however, when Jennifer realizes that she needs to stay on Jacobson’s good side to keep receiving clothes that fit her.

Once in court, Jacobson is represented by Matt Murdock who quickly gets Leapfrog to admit that he used the wrong kind of fuel in his rocket boots, causing the burns. After the trial,  Jennifer attempts to stay in Jacobson’s good graces but fails.

Later that night, Jennifer gets a call from Leapfrog, telling her that he is under attack by a man in a devil outfit. Jennifer arrives at the scene where Leapfrog is being attacked and begins to fight Daredevil.

After a brief fight and Jennifer finding out Matt is Daredevil, Matt tells her that Leapfrog has kidnapped Jacobson, and they team up to save him.

They arrive at Leapfrog’s hideout and begin planning the strategy to take out the henchmen. Matt wishes to do it quickly and quietly, while Jennifer wants to take care of it as fast as possible. Her willingness to rush in showcases her inexperience in the field of fighting villains.

After doing a mix of both, they corner Leapfrog who, in a desperate plan to escape, jumps through a window and injures himself. Matt and Jennifer leave the scene and head home together.

The next day, Jennifer goes to a gala where she is nominated for the Female Lawyer of the Year award. When it is announced that she has won the award, Intelligencia leaks her phone data to everyone in attendance and then shows a more intimate moment between her and Josh. This leads to Jen destroying parts of the building before being surrounded by troops with Hulk-busting weapons. Gi

A big part of this episode is the return of Daredevil. This episode shows a more acrobatic fighting style for him compared to the Netflix series. There are also many references to the Netflix show, making it clear that this is the same version of the character.

He also gives Jennifer a piece of advice: Jennifer can help people when society fails them and She-Hulk can help when the law fails.

With the show wrapping up, there are some lingering questions such as what did Hulk need to go to Sakaar for? Another is why did Intelligencia need She-Hulk’s blood? Hopefully, the series finale gives answers to these questions.

To wrap up this episode, here are a few things to keep in mind 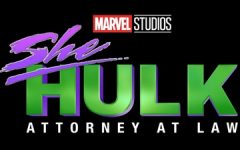 She-Hulk smashes onto the scene 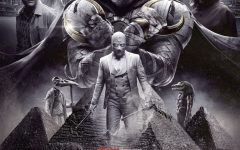 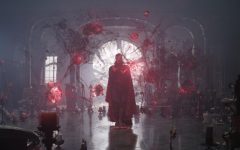 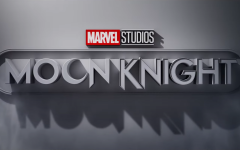