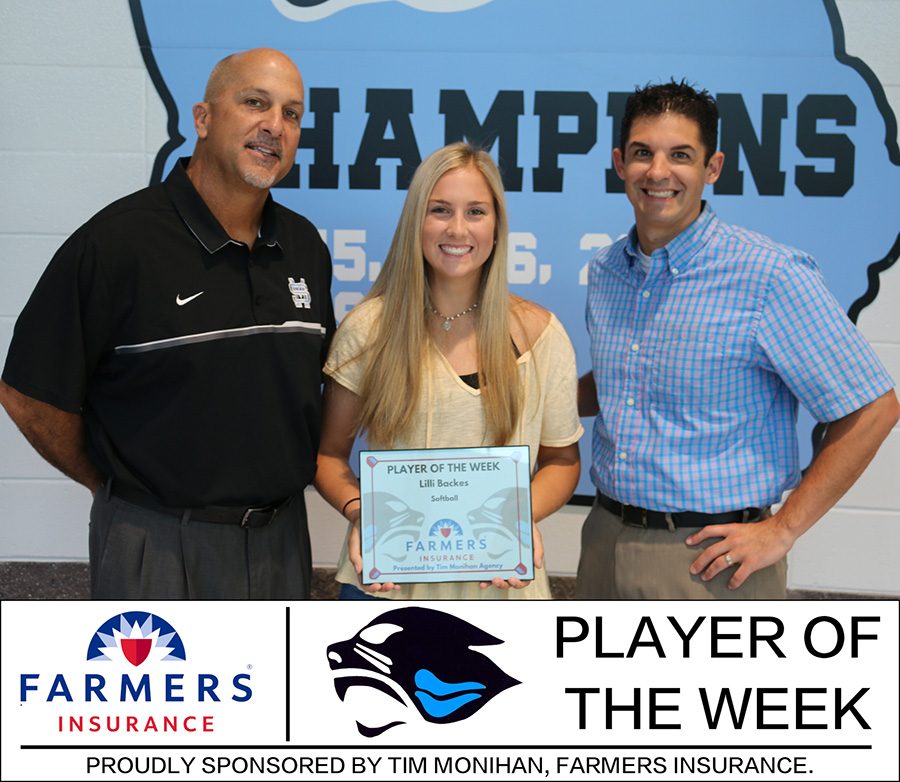 Tim Monihan and Farmers Insurance recognize sophomore softball player Lilli Backes as the second Player of the Week for the 2019-2020 school year.

“Our goal is to win region and have the No. 1 seed,” Backes said.

If the start to this season is any indication, the Lady Panthers are poised to do just that.

In the first eight games of the season, Backes has thrown 36 strikeouts, two shutouts, and only allowed  an opponent batting average of .141.

“Anytime you have somebody in the circle that can throw 10-12 strikeouts a game, it makes everything easier for the defense,” head coach Mark Williamson said.

Backes has also stepped up as the team’s cleanup hitter, scoring five runs, and three RBIs with a batting average of .333.

“Everybody tries to pitch around the cleanup hitter and so far [Backes] has done pretty well there,” Williamson said.

Backes has thrown 29 strikeouts against Whitewater and McIntosh this season, the two toughest opponents in the region. Her performances have helped propel Starr’s Mill to the top of the region.