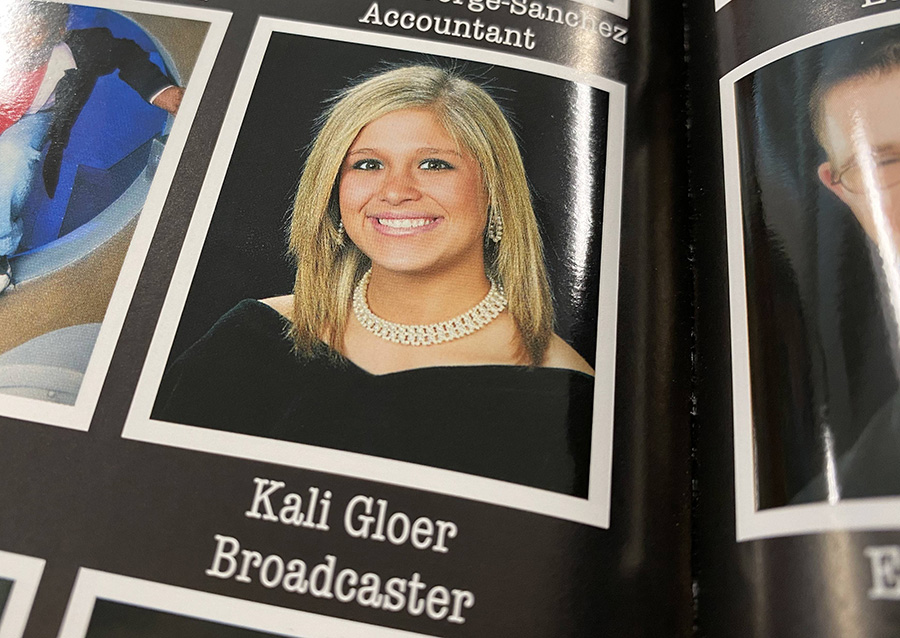 Kali (Gloer) Coley graduated in 2011 and attended the University of Georgia with the intent to major in broadcasting. After redirecting her career path, Coley now works for Home Depot corporate. “I think changing my career path had to do with having the opportunity to work for one of the biggest companies in the world and who has so much to offer,” Coley said.

Kali Coley, history teacher Jon Gloer’s daughter, attended Starr’s Mill with aspirations of going into a journalism related career. Coley’s career path took a turn after she graduated college leading her in a completely different direction from her major but also to success in an unexpected career.

I would just say it’s okay if you don’t know exactly what you want to do. It all comes with trial and error.”

“At the end of the day you’re never really going to know because you’re always going to second guess,” Coley. “I would just say it’s okay if you don’t know exactly what you want to do. It all comes with trial and error. I definitely have had multiple jobs before I actually found out where I wanted to go and what I wanted to do.”

Coley started her high school career at Whitewater where she cheered. She then transferred to Starr’s Mill. During her time at the Mill, Coley ran track, but she was more involved in Jeff Klein’s class where she was part of the school’s morning announcements and helped run the school store.

Being involved with business and broadcast at the Mill further sparked Coley’s interest as she moved on to college. Coley graduated in 2010 and went on to attend college at the University of Georgia.

“It was always just a dream of mine to go to a big school,” Coley said. “Especially with my dad and brother both going there and both playing football there [at UGA].  And it just fit me when I went to visit.”

UGA not only provided Coley a family connection, but also provided an excellent journalism program through Grady College so Coley could continue to pursue journalism. While in college, Coley also had the opportunity to take advantage of several internships. 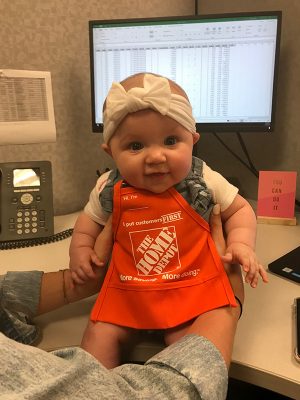 The next summer, Coley moved to Boston to intern for their Channel 7 News station gaining more insight on a potential career in broadcasting. Despite this, Coley decided to switch her major her junior year from broadcasting to advertising. She then went on to graduate from UGA in 2014 with a bachelor’s degree in advertising.

“My first year real job out of college was when I went to work for Delta working as a sourcing analyst so nothing to do with my major,” Coley said.

After working for Delta and several other companies, Coley found her job that she currently holds with Home Depot Corporate. Although her current career is still unrelated to her major, Coley believes she’s found the job she wants to have for the rest of her life.

“I have been with Home Depot Corporate for almost three years now,” Coley said. “I am an inventory analyst, so I cover the water heaters for the country and I maintain our inventory for all Home Depot stores working directly with the vendors and corporate side in the stores as well.”

Coley’s career path, yet unexpected, reassures Panther students not to feel too overburdened by choosing a major in college.”

Coley saw the job come open and took the chance and applied. She now works at Home Depot’s headquarters in Atlanta.

Although Coley’s career may come as a surprise after she kept a focus on communications in college, it showed how she was not necessary trapped to work in the field she majored in. Coley’s career path, yet unexpected, reassures Panther students not to feel too overburdened by choosing a major in college.

Coley’s advice gives a huge comfort to seniors especially, because like many other Panther grads, Coley did not have to have her life planned out to find success in a career she loves. With pressure mounting on high school teenagers to decide their college and major and ultimately their career, it’s good to remember “it’s okay” to not have it all figured out yet.