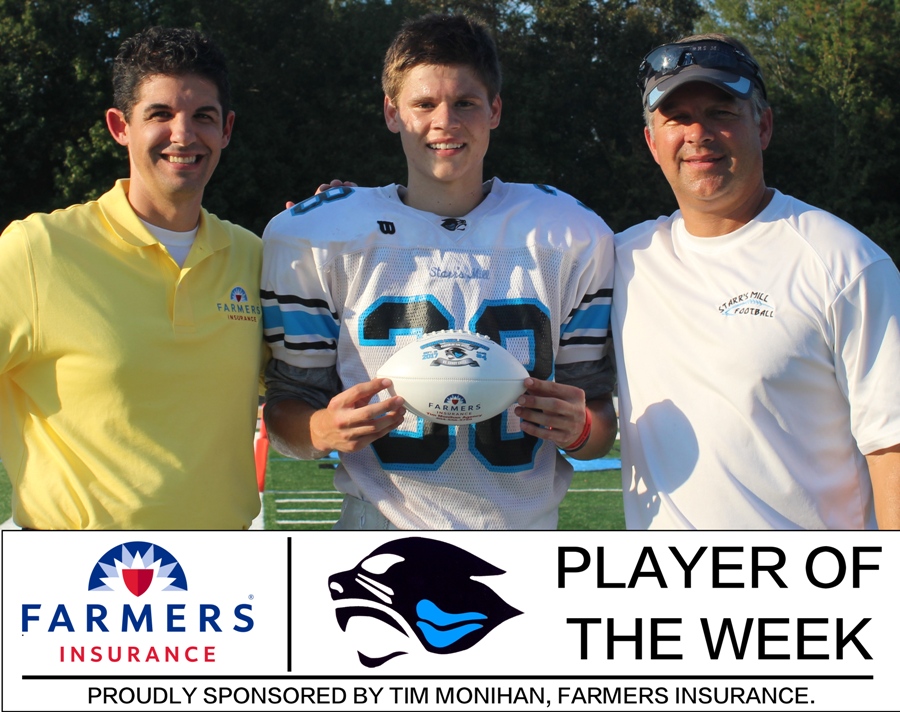 Farmer’s Insurance has honored junior Michael Lantz as the fourth player of the week for the 2017-2018 school year.

Lantz broke the school record in the last game against Sandy Creek, kicking a 50-yard field goal.  The Panther kicker helped the team defeat Sandy Creek for the first time in eighteen years.

“I went out there and just did what I could,” Lantz said. “The team did great. The team should get this.”

The Mill defeated Sandy Creek 21-6, with Lantz contributing three field goals. The Patriots fell behind in the beginning of the game, and could not manage to get enough force to push through into the end zone.

“I broke the school record, so that was important to me,” Lantz said.

As a second year player, Lantz shows great potential and adds a new threat to the Panther offense. He is currently the No.1 kicking prospect for the class of 2019.

“He’s a huge weapon,” coach Chad Phillips. “Without him, we probably wouldn’t have won the Northgate or Sandy Creek games.”