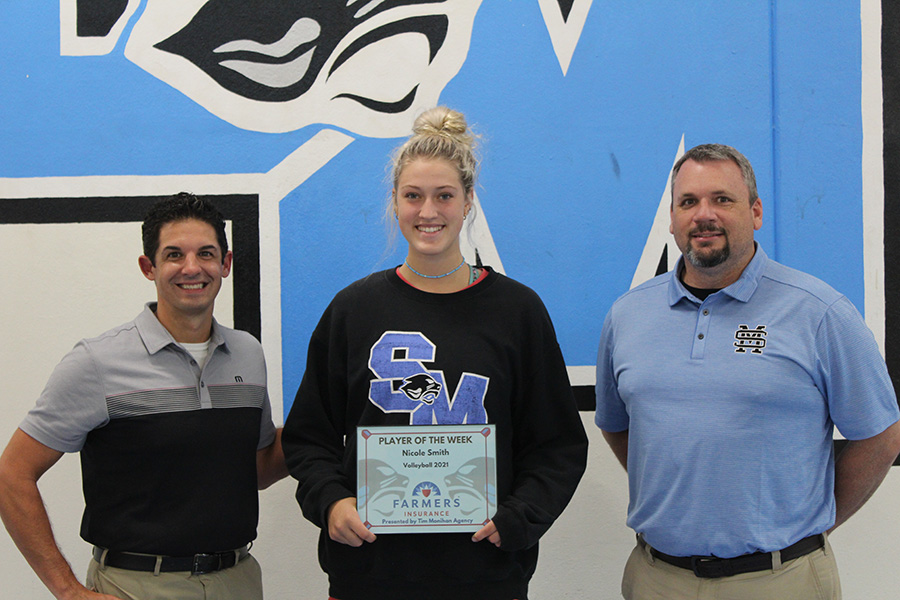 Tim Monihan and Farmers Insurance recognize senior right side hitter Nicole Smith as the first Player of the Week for the first fall sports season.

“It is a milestone to me, and I hope to accomplish more in the future,” Smith said.

Smith is a four-year starter on the varsity volleyball team. She eclipsed 1,000 career kills last weekend when the team played in the Sequoyah Classic.

“As a key leader, as a senior, she has accomplished a career goal this week, and that’s why I picked her,” head coach Jason Flowers said.

The team travels to Carrollton next Tuesday before hosting the Southside Invitational on August 28.