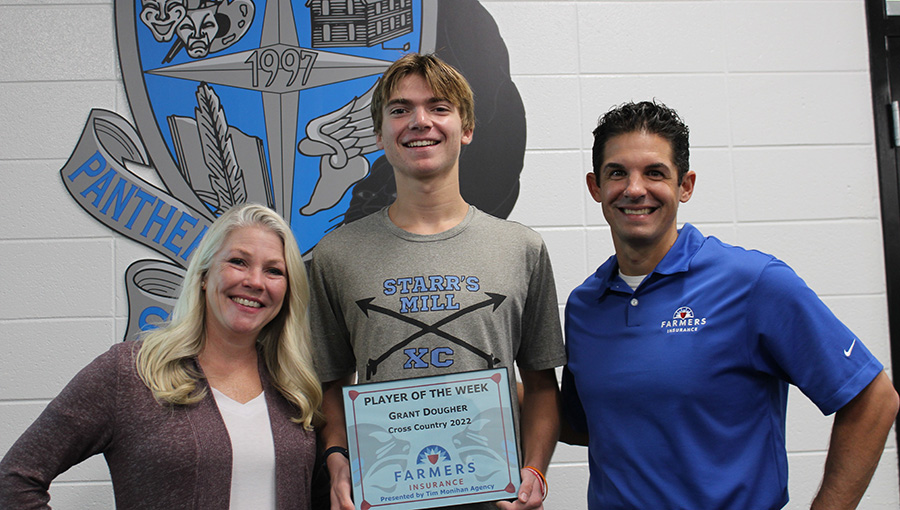 Senior Grant Dougher was selected as the sixth Farmer Insurance Player of the Week for the fall sports season. Dougher was chosen by head coach Kelly Rock for being a solid leader on the team.

Tim Monihan and Farmers Insurance recognize senior Grant Dougher as the sixth Player of the Week for the 2022 fall sports season.

“[Dougher] is one of our top runners,” head coach Kelly Rock said. ”He is leading both on and off the field.”

At the Carrollton Orthopaedic Invitational on September 10, Dougher placed 29th in the 5000m event with a time of 17 minutes, 26.06 seconds.

“I am one of the team captains,” Dougher said. ”So I have to bring the team together and be a good example.”

The next cross-country meet is the Coach Wood Invitational on September 24 at the McIntosh Nature Preserve in Whitesburg, Georgia.