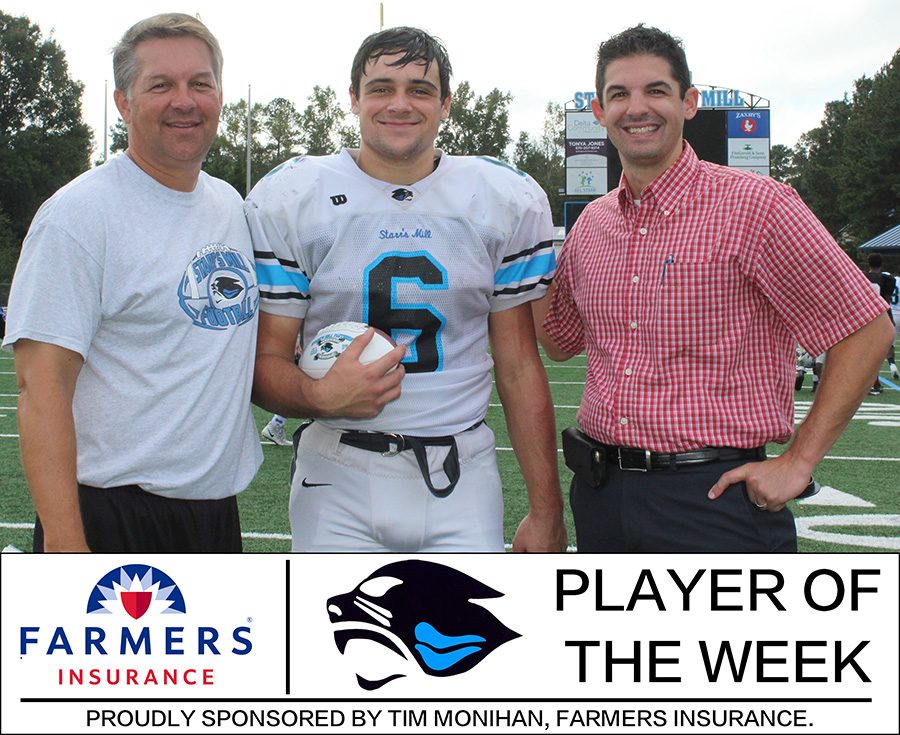 Tim Monihan and Farmers Insurance have presented junior Ben Bodne with the tenth Player of the Week award for the 2018-2019 school year.

“I just do what the coaches tell me to do,” running back and linebacker Bodne said. “As long as everyone does that, we’re going to keep on winning.”

Bodne scored a touchdown on offense and on defense in the Panthers’ 49-14 dominating win over Whitewater last week. Bodne also averaged over ten yards per carry during last week’s game.

“He’s become very important to our success, and he’s a great leader,” head coach Chad Phillips said. “His work habits are unbelievable, and his attitude is infectious for the team.”

Starr’s Mill hopes to stay undefeated in the region as they host McIntosh tonight for a matchup against the rival Chiefs in the annual Battle of the Bubble. Last year, the Panthers barely defeated McIntosh by a narrow margin of one point.