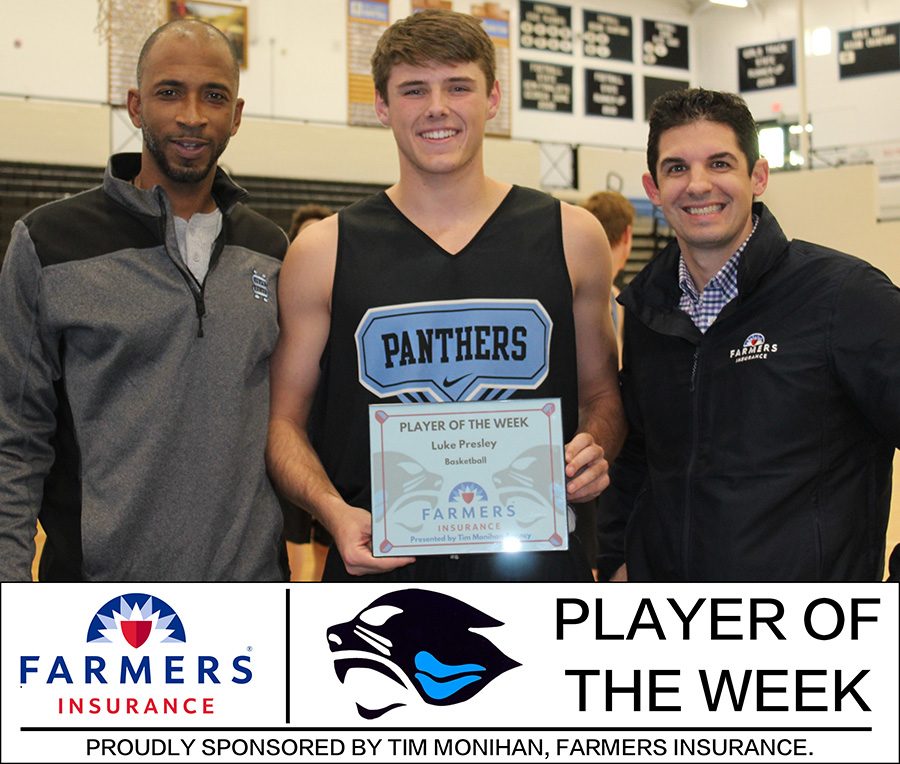 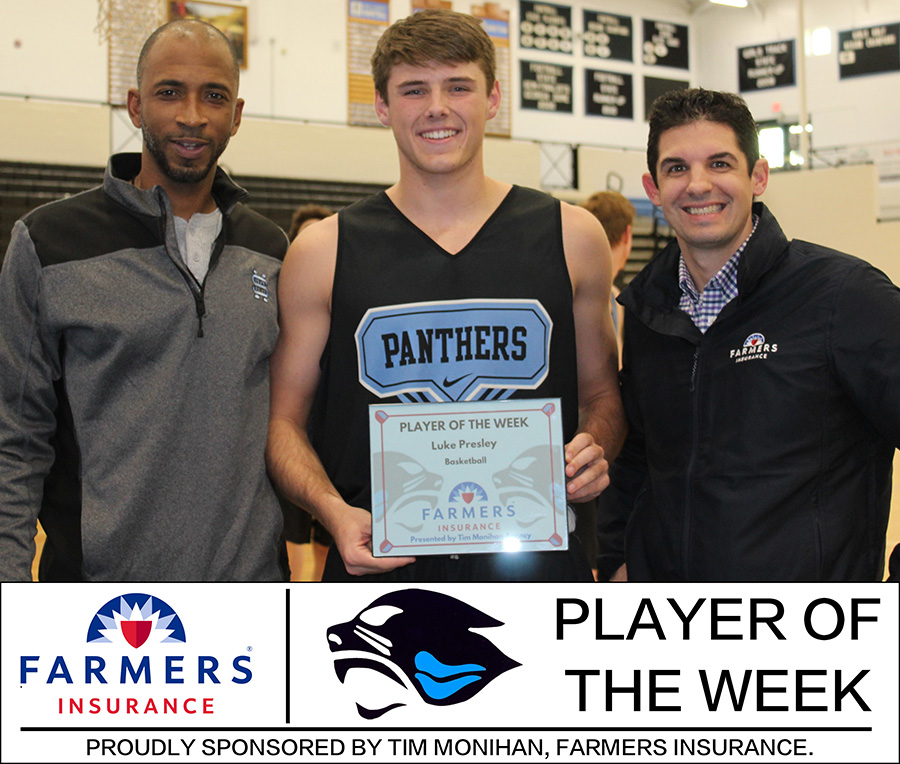 Tim Monihan and Farmers Insurance have named senior forward Luke Presley the eighth Player of the Week recipient for the winter sports season. In his first year on the varsity basketball team, Presley has made a significant impact in games and in practices.

“[Presley] has demonstrated a lot of leadership regardless of how much he has played,” head coach Charlemagne Gibbons said. “He has set an example of how a player is supposed to be.”

Whether he is on the floor or on the bench, Presley has provided some much needed energy to the team. Being the team’s spark plug, he is consistently motivating his teammates on and off the court.

“My role is to push all the other players on the team to be the best that they can be,” Presley said. “I try to keep the energy up on the bench and on the court.”

Thursday night, Presley and the rest of his Panther teammates played Jonesboro in the Region 3-AAAAA tournament semifinals at Griffin High School. The 42-35 loss to the Cardinals means the Panthers will play away in the first round of the state playoffs. Opponent still to be determined.