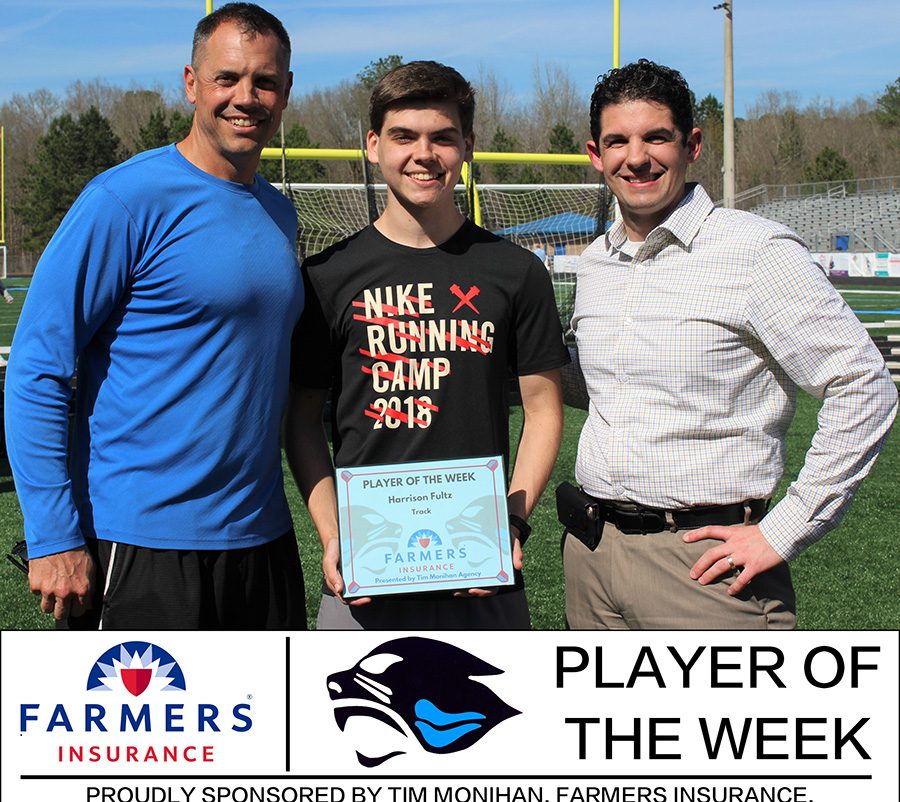 Tim Monihan and Farmers Insurance have named senior Harrison Fultz the third Player of the Week recipient of the spring sports season.

“He’s as solid as they get right now and he’s running good,” head coach Chad Walker said. “Hopefully, he’ll have a chance to do what he did last year at state.”

Fultz was last year’s state champion in the 1600 meter and 800 meter events. So far this season, Fultz is undefeated in the same events. Fultz holds the school record in the 800 meter with a time of 1:54.59. His personal record for the 1600 meter is 4:19.56. He has already committed to run for Georgia Tech this fall.

“There’s a lot of competition this year, but my main focus is more on trying to help out my teammates,” Fultz said. “Winning state is definitely one of my top goals.”

Only two Starr’s Mill students had a podium finish at last week’s Kowboy Invitational in Kissimmee, Florida. Fultz won the 800 meter race with a time of 1:57.06, beating the runner in second place by roughly one second. Senior Mitchell Harris finished third in the boys’ 400 meter dash, posting a time of 51.01.

“I can definitely improve on my eating habits as well as hydration,” Fultz said. “I want to help with encouragement on the team and just always having a positive attitude.”

Other notable finishes for Starr’s Mill included sophomore Allie Walker who finished fourth in the girls’ 800 meter race with a time of 2:22.18 and junior Megan Dobso who placed fourth overall in the girls’ 3200 meter with a time of 12:09.89. Junior Sara Goins ran the girls’ 100 meter hurdles in 15.23, good enough for sixth place.

The Panther track team travels to Union Grove tomorrow morning as a final tune up before Starr’s Mill hosts the Fayette County Championships on March 20.