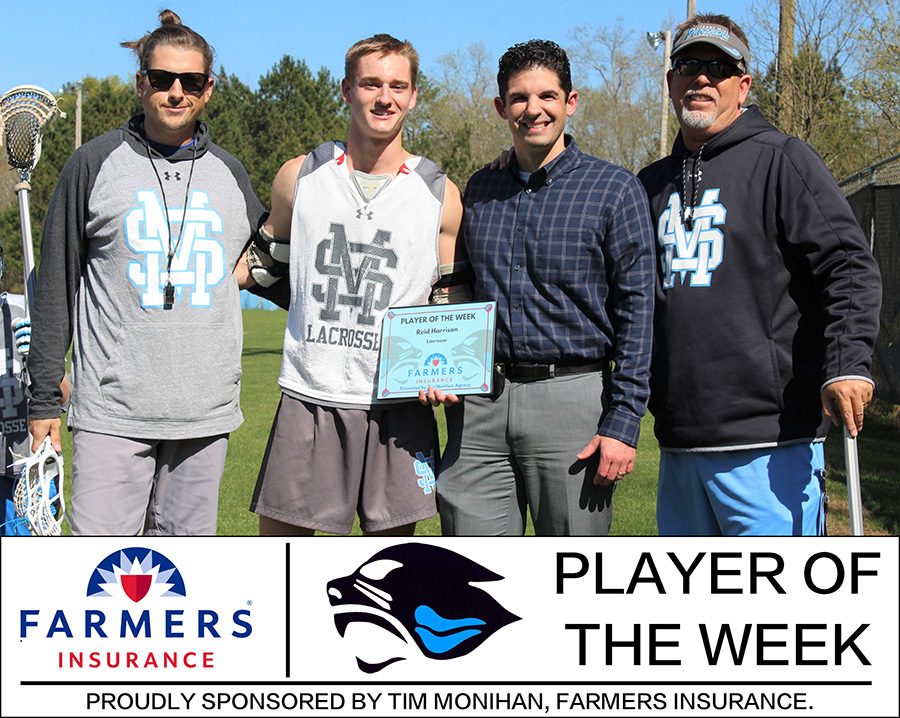 Tim Monihan and Farmers Insurance have named senior Reid Harrison the fifth Player of the Week for the spring sports season.

“Reid has been a great ambassador in our program for years,” head coach Jeff Schmidlkofer said. “He does a great job of staying focused at practice and trying to get the guys to rally around him.”

“It’s cool to earn that award and be known as a leader of the team,” Harrison said. “If we want to win a championship, we’ve got to be a brotherhood.”

When the Panthers win, they win big, outscoring their opponents 107-27 so far this season. Their closest win came in the Feb. 19 contest against Creekside where the Panthers won 12-7.

The four losses have been by a combined 13 goals, with the worst defeats coming against AAAAAA North Gwinnett 9-4 on Feb. 16 and Westminster 14-9 on March 2.

“We work pretty well together right now, probably our best all-around team play,” Harrison said. “We move pretty well, and I think defense is our strength this year.”

The Panther lacrosse team will not play during spring break. After the break, the Mill hosts Woodward Academy at 6 p.m. on April 12.