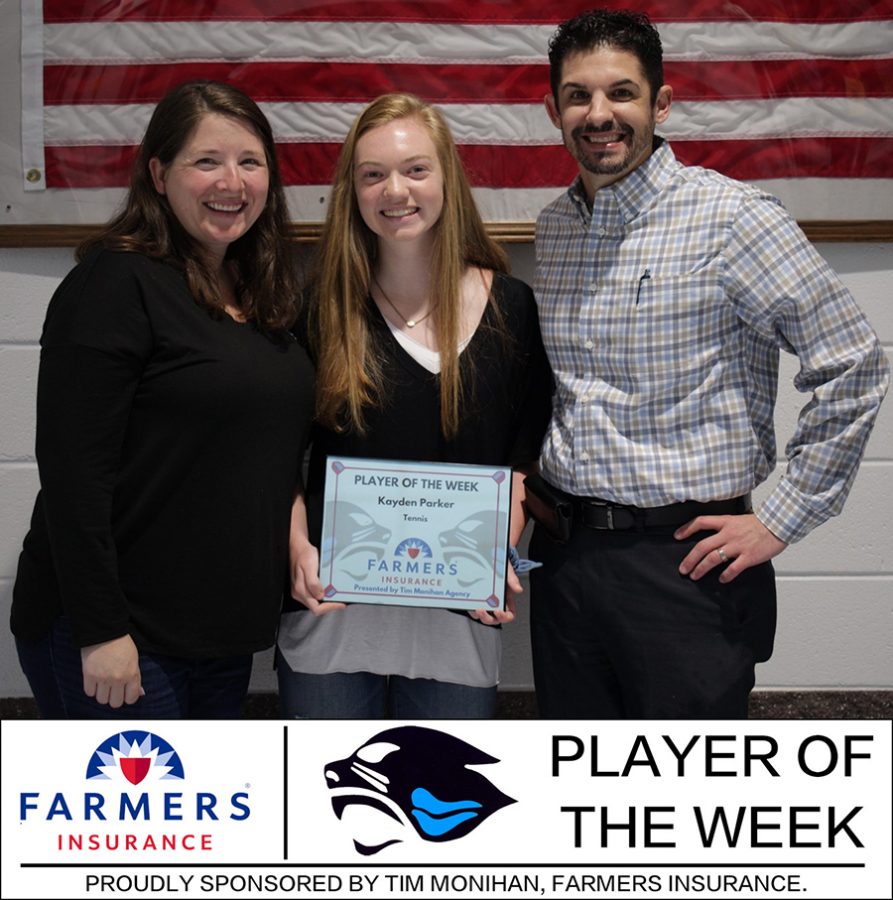 Tim Monihan and Farmers Insurance have crowned freshman tennis player Kayden Parker with the eighth Player of the Week award for spring sports.

“She’s impressed me a lot,” head coach Emily Sweeney said. “It’s always nice to get a freshman where you can put her anywhere. The pressure doesn’t get to her.”

Although only a freshman, Parker has played a key role in the team’s run in the state playoffs. The team defeated Ware County in the first round 5-0, and Union Grove in the second round 3-0 to move on to the elite eight.

“Winning Player of the Week is pretty cool,” Parker said. “I want to win my lines in order to make it to the Final Four.”

The team will play the winner of the Loganville vs. Kell match in the elite eight. Date and time are still to be determined.