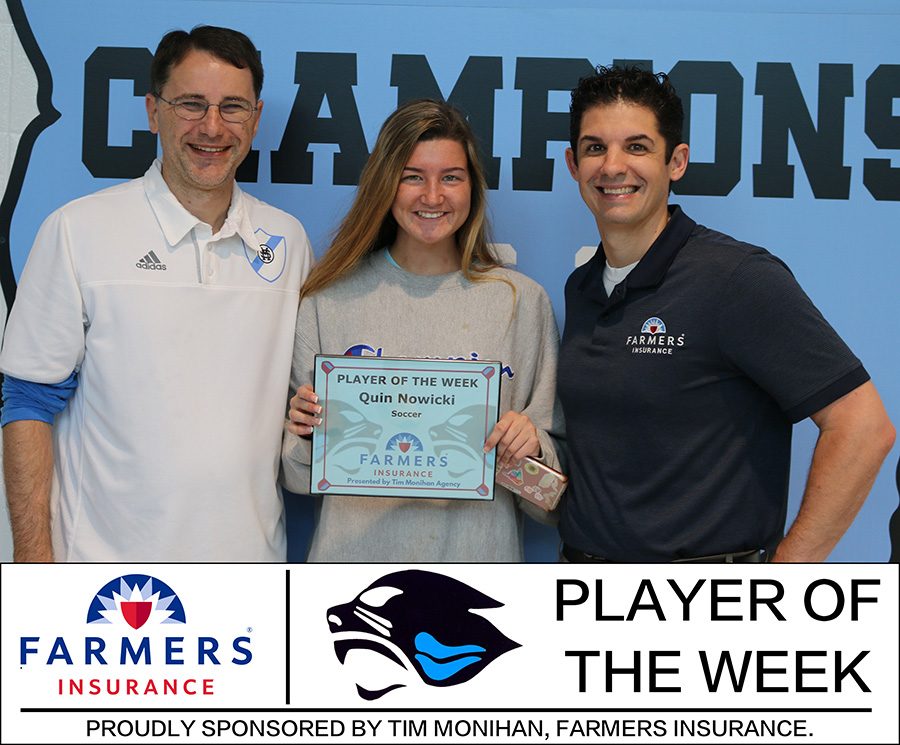 “She’s kinda the glue that puts everything together,” head coach John Bowen said. “She gets the ball, then someone else gets it, and [she] works hard defensively to get it back.”

Nowicki was injured for a majority of the season, but came back on the field just in time for playoffs. She hit the ground running and played in 15-minute intervals in the Sweet Sixteen matchup against Union Grove, the No. 1 seed from Region 4-AAAAA.

She has proven to be a scoring presence since her freshman year on the team. Two of the team’s five goals against the Cardinals came from Nowicki, who led the team in scoring en route to a 5-1 win.

“I guess I have been bringing my all,” Nowicki said. “And when I was injured, it just made my mentality better.”

The Lady Panthers’ season ended on May 7 in the Elite Eight against Carrollton, the No. 1 seed from Region 7-AAAAA. Starr’s Mill lost 1-0 in overtime.