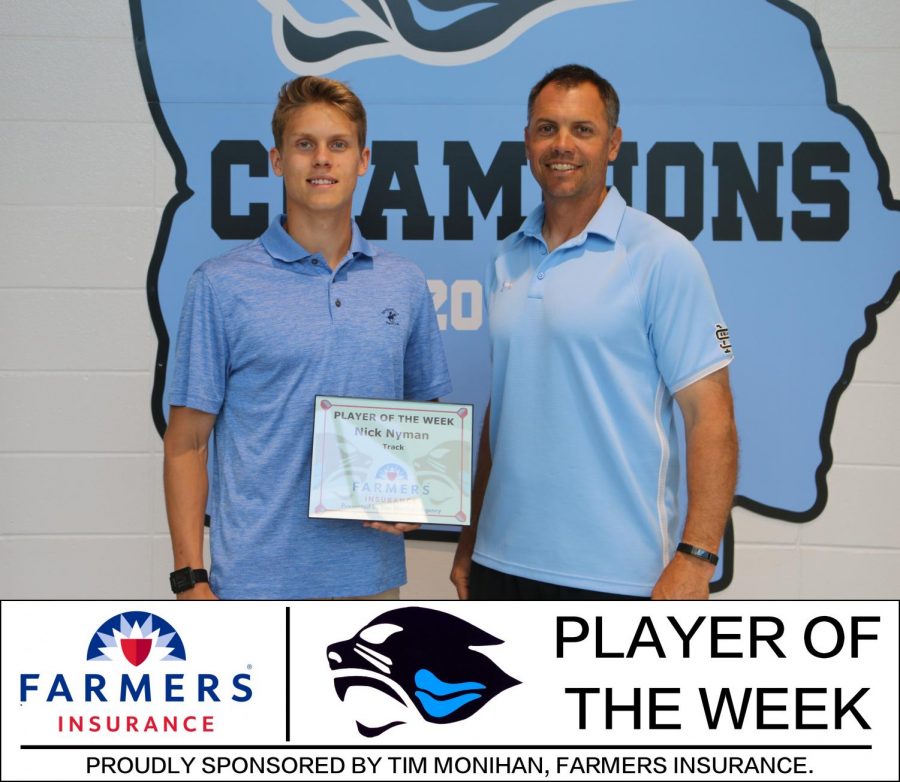 Tim Monihan and Farmers Insurance have named senior Nick Nyman the 12th Player of the Week for spring sports.

“[Nick] has been pretty solid these last four years,” track head coach Chad Walker said. “I wish him the best and look forward to what he does in the future.”

In the AAAAA GHSA State Championship last weekend, Nyman placed second in the 1600 meter and second in the 3200 meter, proving that he has been a valuable piece of the team.

“I think I probably could’ve performed a little better [at State],” Nyman said. “But overall, we had a good team performance.”