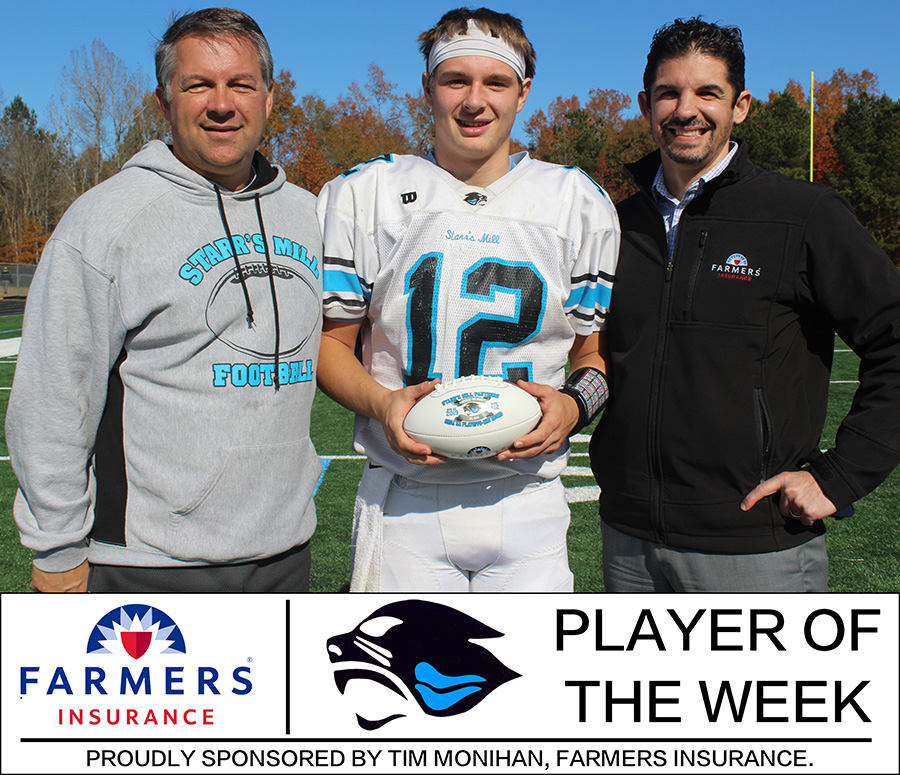 Tim Monihan and Farmers Insurance recognize senior quarterback Hunter Lawson as the 16th Player of the Week for the fall sports season.

“[Lawson] is a competitor and he wants the ball and that’s the good thing,” head coach Chad Phillips said. “If you got that burning desire to be successful, chances are things will go your way a lot of the time.”

He made up the majority of the 507 yards accumulated on offense. Lawson also had two runs of 80 yards or more, one of them to put the game away.

“[That game] felt great,” Lawson said. “I was really excited to have that [good] of a game.”

After defeating Dutchtown 25-24 in overtime, the Panthers travel to Warner Robins on Dec. 6 to play against the Warner Robins Demons in the AAAAA semi-finals. Kickoff is set for 7:30 p.m.