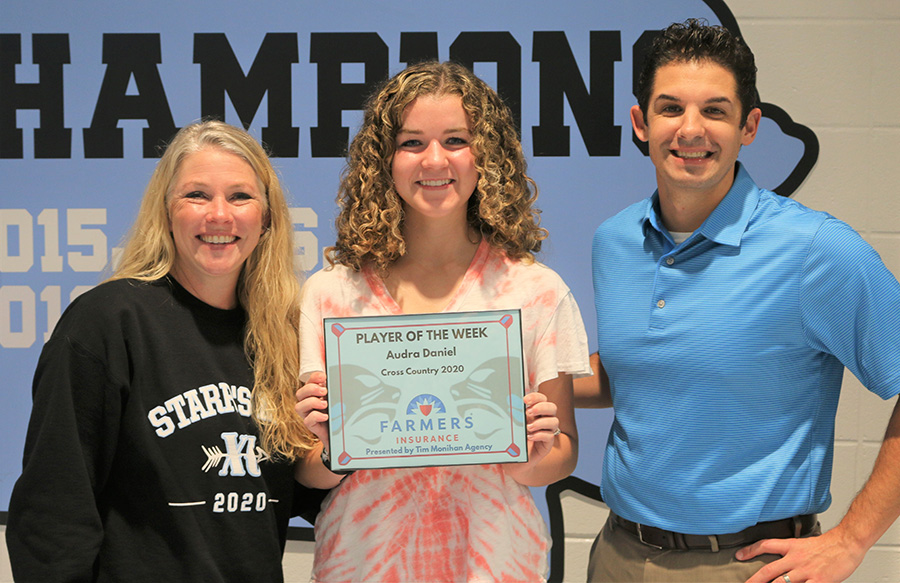 “[I try] to stay positive for the team and [stay] motivated even when we have tough competition,” Daniel said. “I also have to trust my training and know I have done enough for race day.”

Audra is captain on the cross country team. She works hard at practice to lead by example. Over the season she continued to improve her race times from week to week.

“I chose Audra because of all the hard work she has put in this season,” head coach Kelly Rock said. “She was not happy with her time and her results at the beginning of the season, and she worked extremely hard to improve her times.”

Daniel led the junior varsity girls’ to a win last weak. She placed the highest for Starr’s Mill, finishing third in her individual race with a time of 22:25.45.

Darby Olive took first place for the varsity girls’ with a time of 19:34.07. The varsity team placed second behind McIntosh.

The top Starr’s Mill runners travel to Carrollton on Nov. 7 for the GHSA state championship.