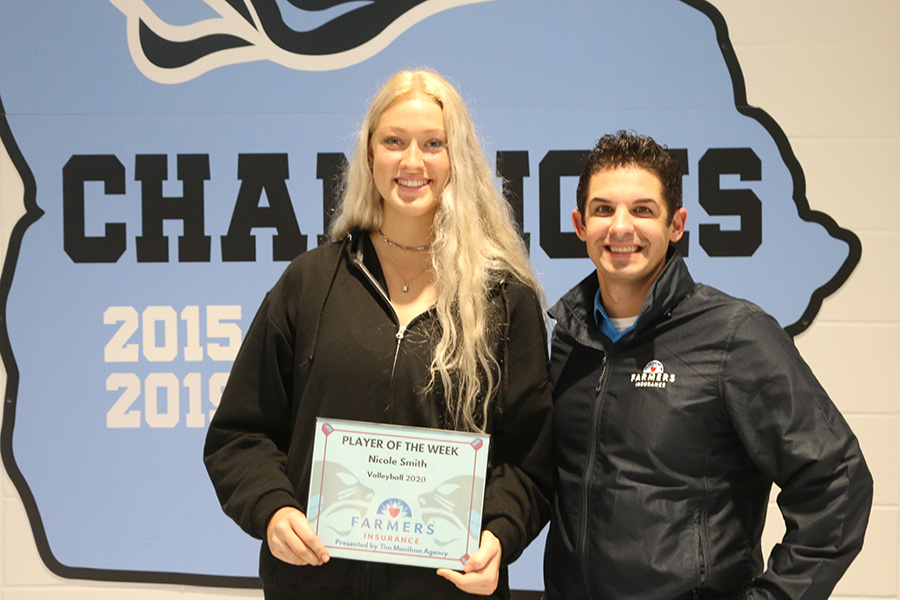 Tim Monihan and Farmers Insurance recognize junior volleyball player Nicole Smith as the 11th Player of the Week for the 2020-2021 school year.

“I bring a lot of energy and excitement and a level of fun,” Smith said. “[This season] we really had to work on rebuilding different players in different positions. We just had to do some things we weren’t necessarily comfortable with in order to still have success.”

Over the last three matches, Smith has had a total of 56 kills, 3 aces, and 41 digs. Last Saturday, the Panthers won 3-1 against Eagles Landing in order to make it even further into the playoffs.

“[I picked Nicole because of] her stats just backing up with her offensive kills and also the way she’s improved and played defense as well,” head coach Jason Flowers said. “She brings excitement and lots of energy, and at the same time a desire to win and put the effort in to make that happen.”

On Tuesday, St. Pius defeated Starr’s Mill 3-0, bringing the Panthers’ season to an end in the state quarterfinals. The team finished the season 22-15 with a 1-6 region record.