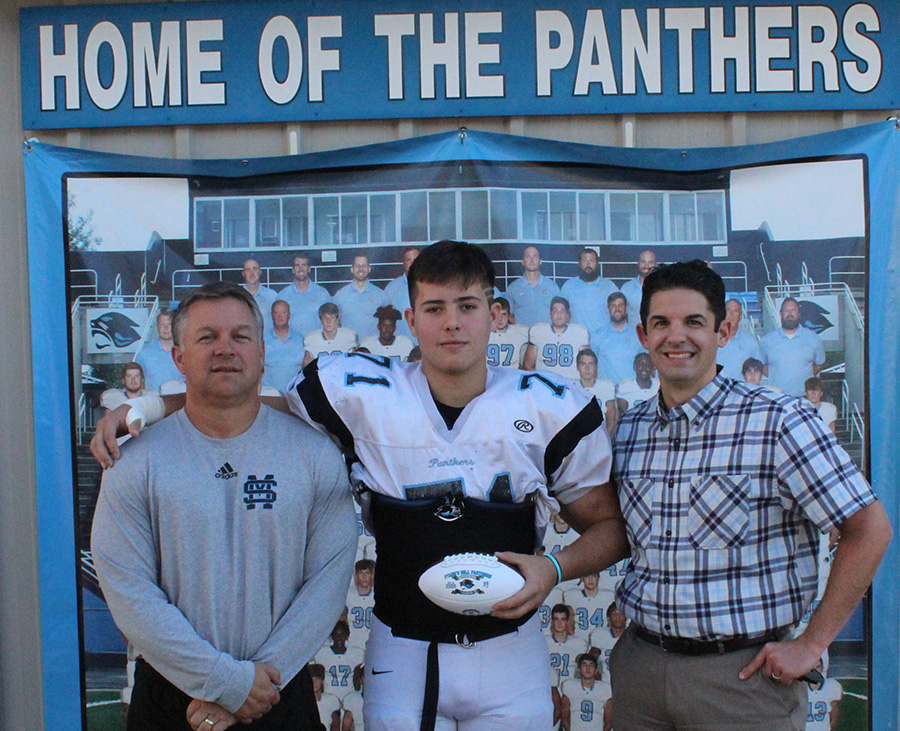 Tim Monihan and Farmers Insurance recognize senior defensive tackle Andres Moc as the 13th Player of the Week for the fall sports season.

When asked what he believes he brings to the football team, Moc said, “Hard work, dedication… and leadership.”

Moc was chosen to be this week’s prize player because of his athletic performance in last Friday’s game. According to head coach Chad Phillips, Moc worked hard to secure last week’s win.

“He played very well,” said Phillips. “He did a great job on defense.”

Moc is part of a defense that is allowing less than eight points per game and has posted four shutouts in seven games. The Panthers have kept opponents to an average of 130.4 rushing yards and 96.9 passing yards per game.

After defeating Griffin in a 21-0 shutout last week, Starr’s Mill hosts Whitewater this Friday looking to remain unbeaten in region play. Kickoff is at 7:30 p.m.