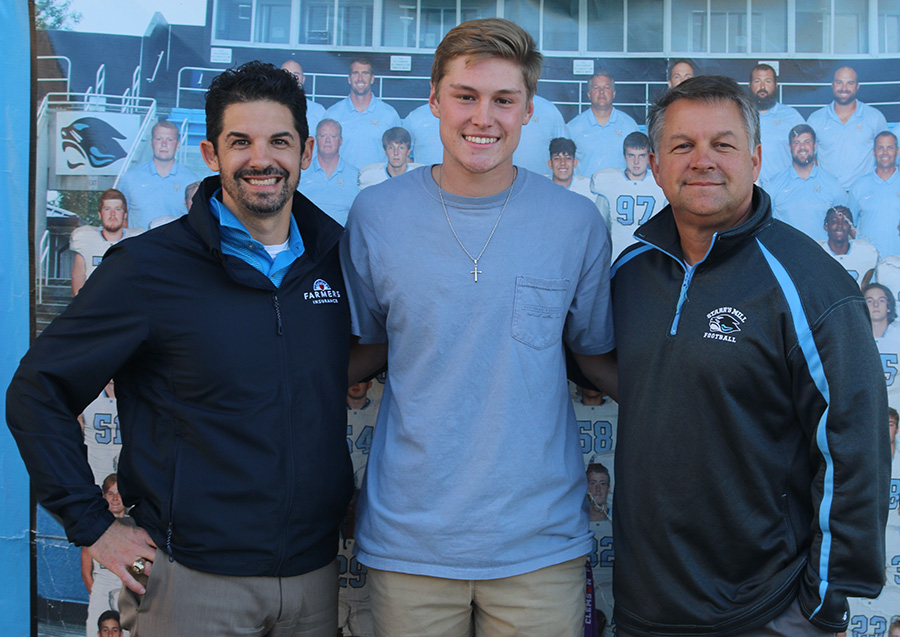 Tim Monihan and Farmers Insurance recognize senior punter and wide receiver Gavin Necessary as the 18th Player of the Week for the fall sports season.

“I think I bring a good asset for punting,” Necessary said. “I can help pin the players all the way back, and that kind of helps the defense so they don’t have to work as much.”

Necessary created a large field position advantage for the team in last Friday’s game, leaving the Coffee High School offense a lot of yardage to cover in order to score. This also allowed the team to take a six-point lead into halftime.

“Kickers can really alter the game of football,” head coach Chad Phillips said. “[Necessary] did a great job. It was the best game he had all season.”

Necessary had six punts that averaged 36.2 yards each. One of these pinned the Coffee offense inside their own five-yard line resulting in a safety. Starr’s Mill scored on the next drive to go up 9-0 in the first quarter.

The nine points in the first quarter would be the only points for the Panthers in the game as they lost 24-9 in the second round of playoffs against Coffee High School Trojans. However, the team won its fifth-straight region championship and defense held its opponents to 89 total points for the season, the lowest in school history.