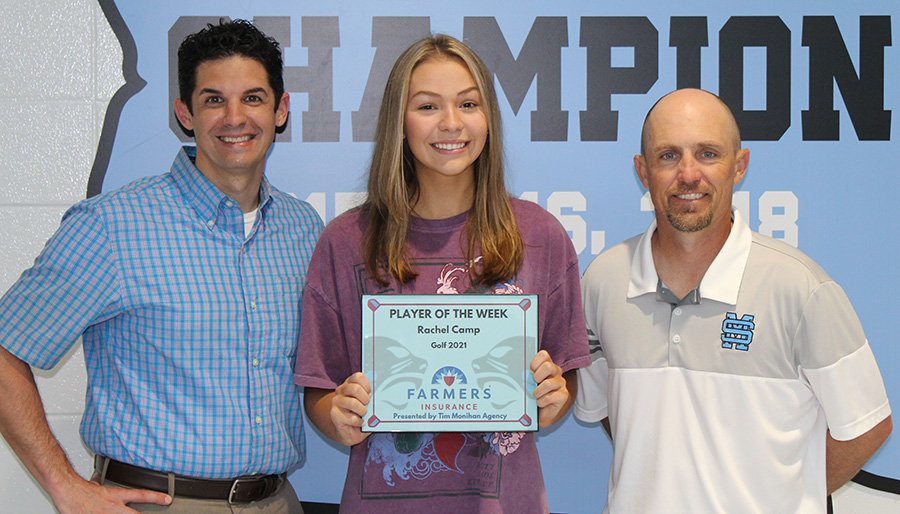 Tim Monihan and Farmers Insurance recognize junior golfer Rachel Camp as the 10th Player of the Week for the spring sports season.

“It means a lot, but I could not do it without my team,” Camp said.

Coach Burt Waller praised Camp for her consistent play, hard work, and leading the team. Camp has been in the number one spot on the team throughout the entire season.

“She works hard at her game,” Waller said. “[We] are excited to watch her perform at state next month.”

With a runner-up finish, the Lady Panthers automatically qualified for the state championship match in Columbus, Georgia. The team will have about a month to prepare before trying to claim their fourth straight state title.