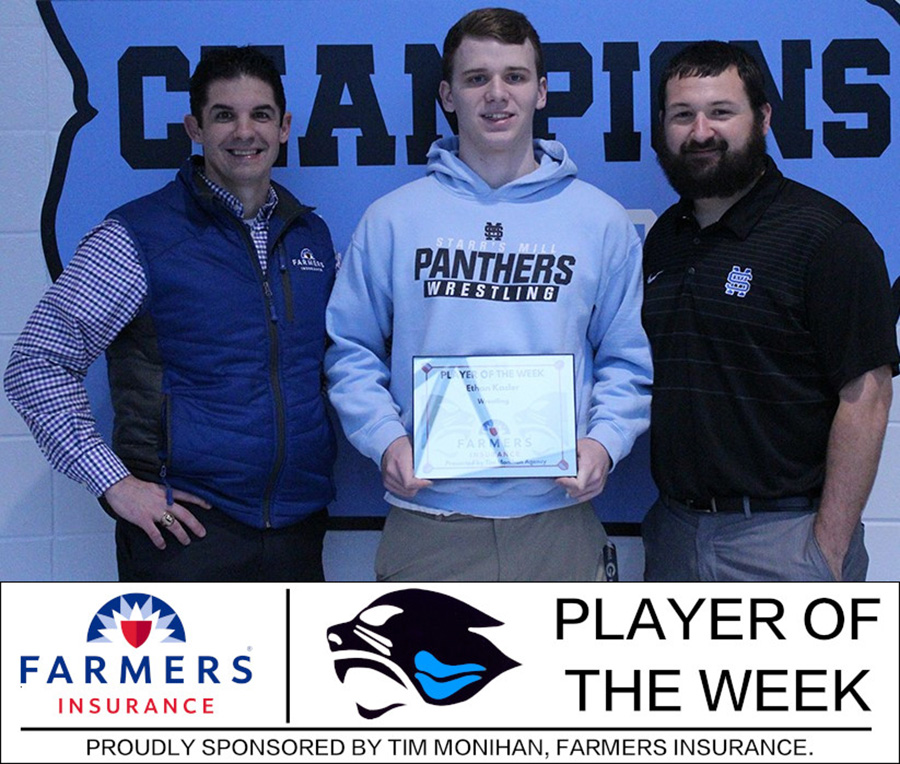 Tim Monihan and Farmers Insurance recognize junior Ethan Kasler as the final Player of the Week for winter sports.

“I’ve pretty much been doing this my whole life and this is what it all comes down to,” Kasler said. “[For] my senior year I’ve just got to leave it all out there and do what I can to get first.”

Kasler claimed the runner-up spot in the 152 lbs. weight class at the GHSA state championship on Feb. 15. Buford High School’s Nick Stonecheck pinned Kasler in three minutes and one second.

This marks the second straight year Kasler has finished in the top four at the state championship.

“He is something that the younger kids can look up to and say, ‘This is what I want to become by the time I’m done’,” coach Andrew Garner said.

Kasler was joined by fellow juniors Leo Maneein and Joey Sulkowski, and seniors Gabe Jones and Bret Myers. All four additional competitors for Starr’s Mill lost their first matches, won the second in the consolation round, but were eliminated in the second consolation round.