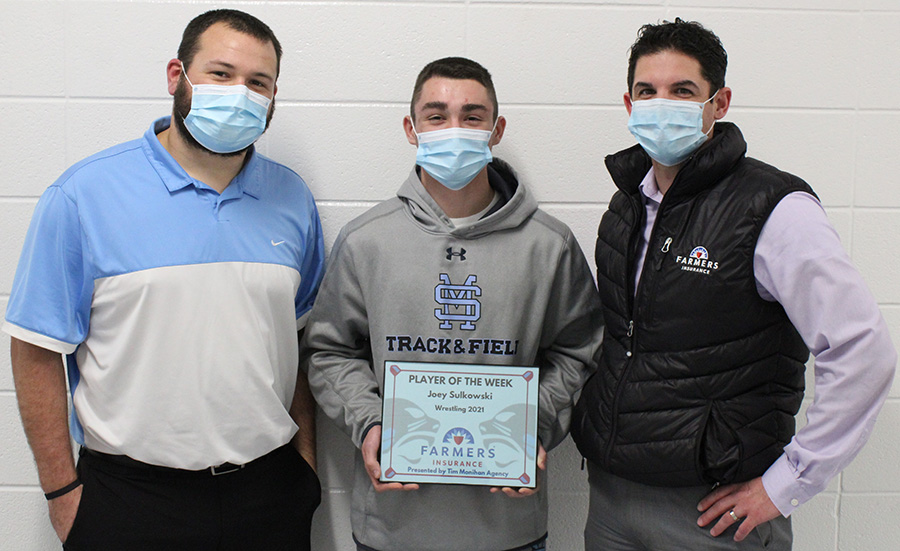 Tim Monihan and Farmers Insurance have selected senior wrestler Joey Sulkowski as the third Player of the Week for the 2020-2021 winter sports season.

“[Seeing Sulkowski develop] speaks a lot of him,” head coach Drew Garner said. “He’s definitely improved along the way, and to see someone stick it out and put in that kind of energy and effort into a five-season career… we’re looking forward to him [qualifying for state for the third time in a row].”

Sulkowski has been a member of the wrestling team since the eighth grade. He has qualified for the state tournament in traditionals the past two years. This season, he has become a prominent leader on the team both in productivity and in practice.

At the area duals at Whitewater this past weekend, Sulkowski won both his matches against Northside Columbus and Whitewater by pin. His goal is to win a state championship before moving on to the Marine Corps after graduation.

“[My senior season] means giving everything I’ve got,” Sulkowski said. “Trying to do the best I can, finishing first, just hoping for the best, [and] giving it all.”