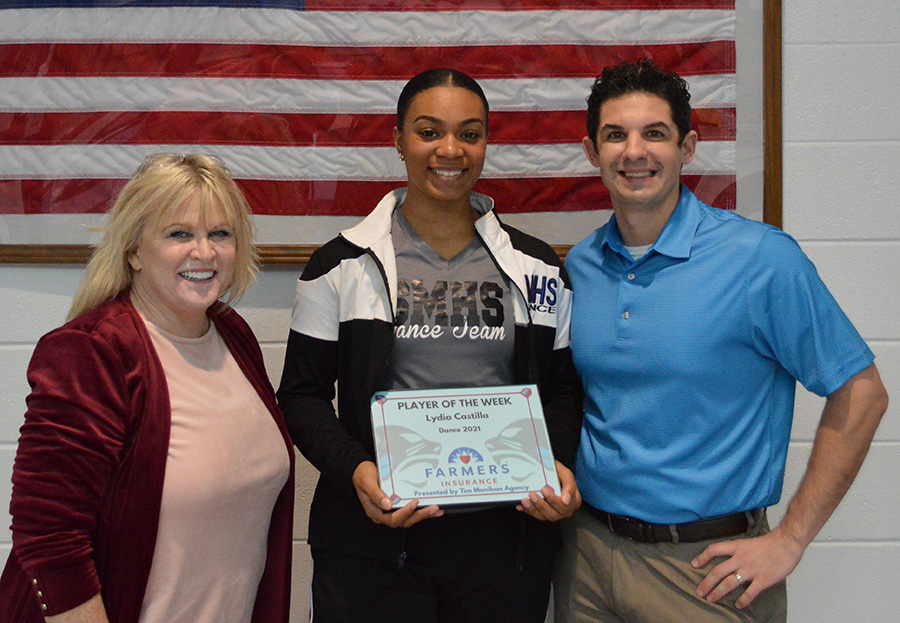 When asked about Castilla, head coach Patt Coleman said she plays the role of a strong leader on the team. She helped choreograph the team’s hip-hop routine that they performed before home football games last fall.

“I had to have strong officers,” Coleman said. “[Castilla] definitely filled the shoes for that.”

The team did not place lower than second in pom or jazz competitions the entire season. They earned Best Choreography at both the Mill Creek Dance Team Invitational and the Heritage 5-Star Invitational. They were also overall champions of the Mill Creek Invitational, sweeping the event by placing first in both jazz and pom.

Castilla placed second in her solo at the McIntosh Dance Invitational on Feb. 6.

The team won its second consecutive state championship on Feb. 13, scoring highest in both pom and jazz.