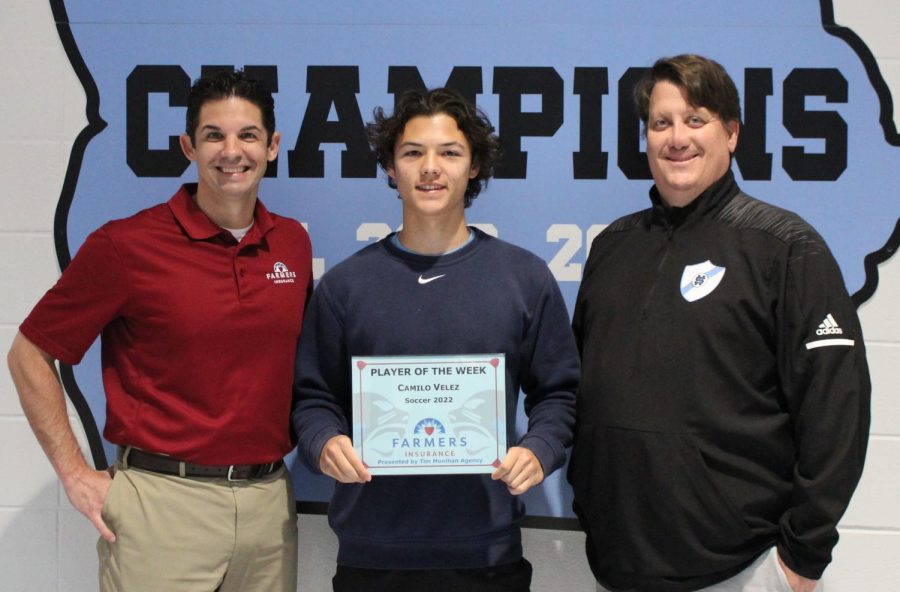 Tim Monihan and Farmers Insurance recognize junior soccer player Camilo Velez as the fourth Player of the Week for the spring season.

“I want to keep working toward the goal of a state championship,” Velez said.

Camilo Velez leads the team statistically this year. He has netted 11 goals and assisted six others.

“He has been someone who has led by example,” head coach Aaron Buck said.

The Panthers defeated region opponent Northside 5-1 on March 18. They then traveled to Atlanta and played Pace Academy, losing 2-0.

Heading into tonight’s match against East Coweta, the team is 5-7-1 overall. With a 3-1 region record, Starr’s Mill currently sits third in Region 2-AAAAA.

Tonight’s match is also Teacher Appreciation Night. Each player will recognize an influential teacher prior to the game. East Coweta and Starr’s Mill begin play at 8 p.m.