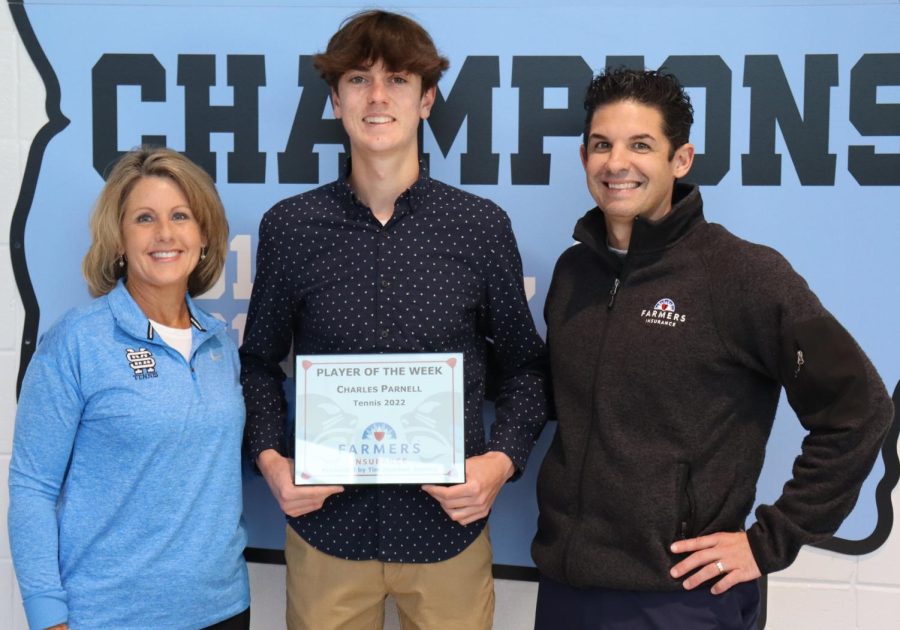 Tim Monihan and Farmers Insurance recognize junior Charles Parnell as the ninth Player of the Week for the 2022 spring sports season.

When asked about what he brings to the team, Parnell said, “A lot of leadership, and a lot of energy and motivation to everyone. I try to give tips to everyone to keep supporting each other.”

He won his first match in the region tournament. His second match was stopped, despite him being in the lead, because Starr’s Mill had already finished second to McIntosh.

“He’s our best-skilled player, and he plays [line one singles] in all matches,” Evert said. “In the region tournament, he won his first match handily.”

After defeating Ola 3-1 to begin the state playoffs, the boys tennis team travels to Greenbrier on April 26.