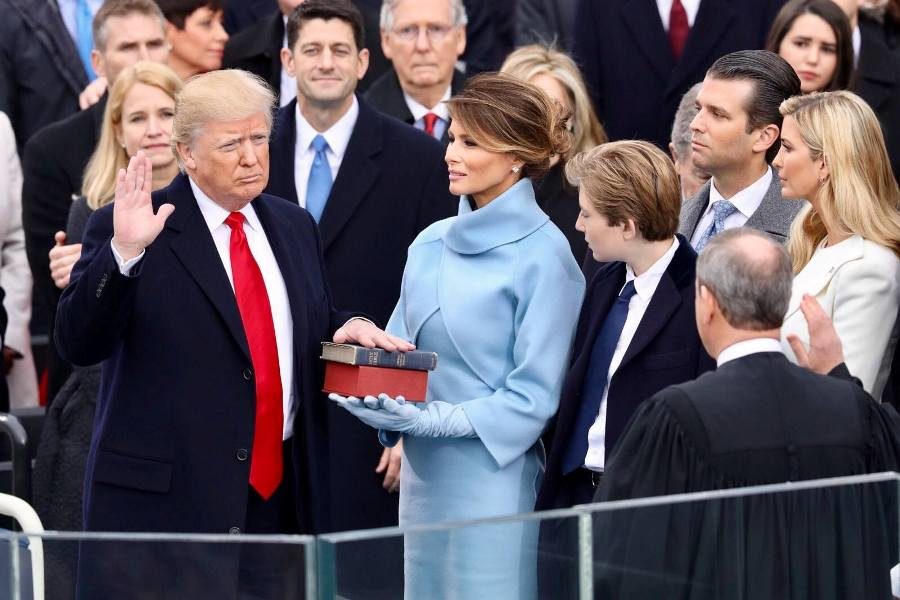 Trump’s infamous campaign promise, a wall around America’s southern border, has just taken its first step towards construction. An executive order has directed federal funds to cover the construction.

Illegal immigration from Mexico was a cornerstone of Trump’s campaign. While campaigning, Trump detailed how illegal immigrants were bringing drugs and violence. For example, a recent Immigration and Customs Enforcement raid in southern California led to the arrest of 161 illegal aliens, 75% of which had previous felony convictions.

The construction of the wall won’t be a cheap bill to cover, but options are being thrown out.

President Trump has long been promising for Mexico to cover the cost of the wall, but the Mexican government has stated they will not be paying for any wall.

Early estimates for the price of the wall have ranged from $12 to $40 billion dollars.

When Mexican citizens illegally enter the country, Americans pay the price, not Mexico.”

When Mexican citizens illegally enter the country, Americans pay the price, not Mexico. According to the Federation for American Immigration Reform, illegal immigrants costs  U.S. taxpayers $113 billion a year.

This $113 billion a year has gone to funding the expenses of education, medical, and public assistance of illegal immigrants, all at the cost of the U.S. taxpayers. Money from legal citizens is going to funding the lives of people here illegally, and I say not one more penny for them.

The U.S. has hundreds of thousands of people living homeless every night, public school’s with awful conditions, and more and more people living in poverty every day. Imagine how much could be done to help those problems if we stopped funding and aiding illegals, who shouldn’t be in the U.S. to begin with. While it is true that illegal immigrants are not directly causing the problems our country is facing, there are lawful American citizens in this country facing these many problems, and not one more penny should be used to aid the lives of illegal immigrants.

The border wall has drawn a massive amount of criticism from those on both sides of the aisle, as well as human and immigrant rights organizations, citing it as racist and unconstitutional, as they choose to defend law-breaking individuals.

Critics claiming a border wall would be unconstitutional fail to realize is that there is no law, policy, amendment, or rule that allows for someone to illegally enter the U.S. regardless of any nationality. There’s no amendment in the U.S. Constitution preventing a border wall with the purpose of stopping illegal immigration.

The entire U.S southern border is 1,989 miles. There is currently only 670 miles of border protections. Over half of the U.S. southern border has nothing stopping illegals from coming in, and around 70,000 illegals enter each year.

Those claiming racism fail to realize that racism has absolutely nothing to do with this. President Trump has never once said that all immigration should be permanently halted. What he has said is that we must strengthen our borders and prevent the flow of illegals into our country. How is wanting to stop law-breaking individuals racist?

Those who wish to enter the U.S. are welcome to, but they must do it the legal way. President Trump’s plan to improve our borders puts America first. For too long, Americans have paid the price when illegals cross over.

This wall will make the process of illegally entering this country a much harder task, while still allowing those who wish to legally enter will still be given that option.