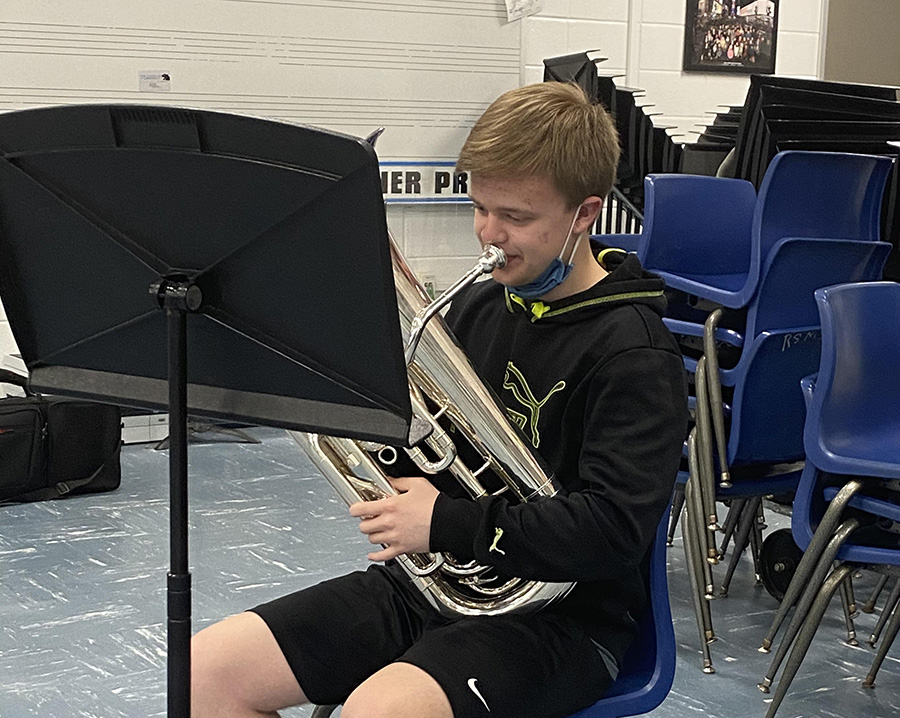 Sophomore Andrew Haynes qualified for GHP in music, specifically for playing the euphonium.

“[Music] impacted me because I’ve been able to explore things like different types of music that I wouldn’t have been able to if I wasn’t in band,” Haynes said.

Haynes says Starr’s Mill is a great place to learn, and he’s glad he can study music here. He would like to thank his directors Scott King and Bert Groover for pushing him to do his best.

“My brother inspires me,” Haynes said. “He is a physicist doing great things and I just wanted to do something great, too.”

“My grandfather also inspired me,” Haynes said. “He was in the Vietnam War and would volunteer the majority of the week. I look up to his kindness.”

In his free time, Haynes plays and watches soccer. He used to play competitively when he was younger, but he quit and is now in marching band full time.