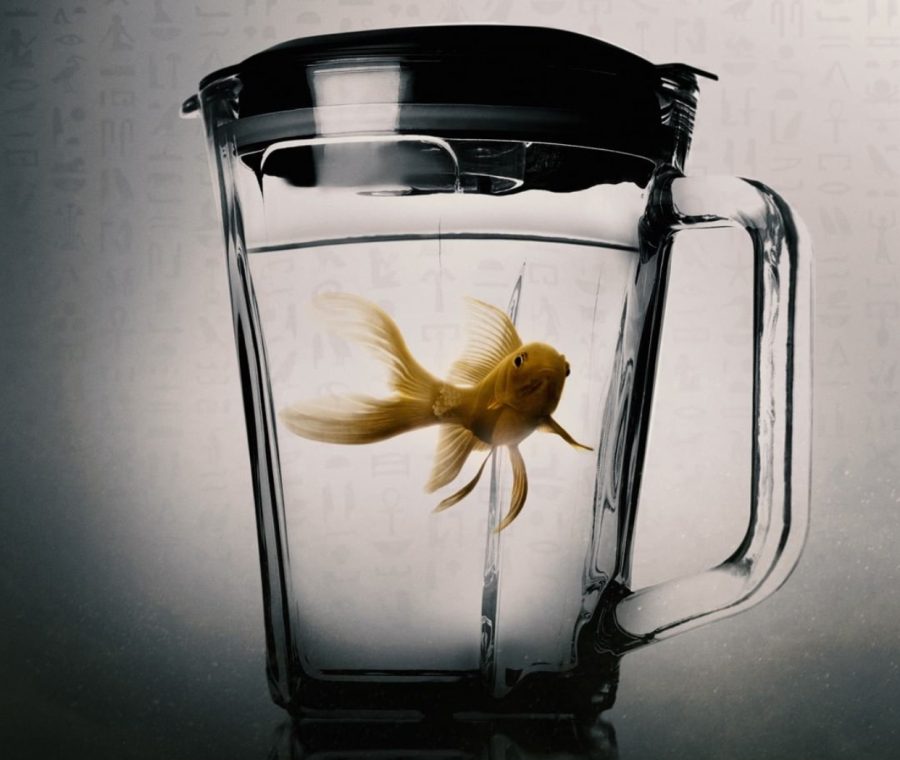 Marvel Studios’ poster for episode one featuring Gus, the one-finned fish. Gus is just one piece of the visual puzzle that makes the audience feel uneasy and like something is wrong. This puzzle is what sets the tone for the episode.

As far as first episodes go, “Moon Knight” takes the Marvel television tradition of long exposition and boring sequences, and destroys them.

In this episode of “Moon Knight,” we meet Steven Grant, a normal everyday gift shop worker with an interest in Egyptian mythology, who has a problem: he is constantly waking up in strange places. His life is seemingly normal, but he is exhausted from his lack of sleep and his extreme measures to keep himself in his apartment.

This first episode gives us our first glimpse of the other “people” living inside of Grant’s head. The two shining moments of the episode are when Grant wakes up in the Alps and is guided by the mysterious voices in his head, and when he sees “Marc,” aka Moon Knight, for the first time in the bathroom.

While we get a look at the alters Grant has, we also get a first look at Arthur Harrow, the terrifying cult leader. The episode opens with Harrow as he completes some sort of ritual that requires him to pour glass shards into his shoes and walk with them. That sequence made my sister, who is normally good with gore and sound effects, very squeamish. The cult leader seems to have captivated people all over Europe, making the audience wonder, who does not work for him?

One of the things I really enjoyed about this episode were the more mature and darker themes. The first episode does not have the “Disney flair” that the other television shows have. It more resembles the Netflix shows “Daredevil,” “Punisher,” and “Jessica Jones.” Seeing Steven Grant’s hands covered in blood after a switch with dead bodies surrounding him, with no memory of what he did, resembles more Matt Murdock in “Daredevil” than the happy-go-lucky characters we are used to.

The music choices and camera angles were essential in setting the tone for the series including flashing shots and repetition. The use of flickering shots was used to show the switches between the “people” in Grant’s body. The use of these techniques makes the audience feel uneasy, and like something is constantly wrong. It is clear that technical elements will continue to be an integral part of the audience’s perception of Grant and his alters.

To wrap up this week’s episode, here are my top five things to keep in mind going into next week: