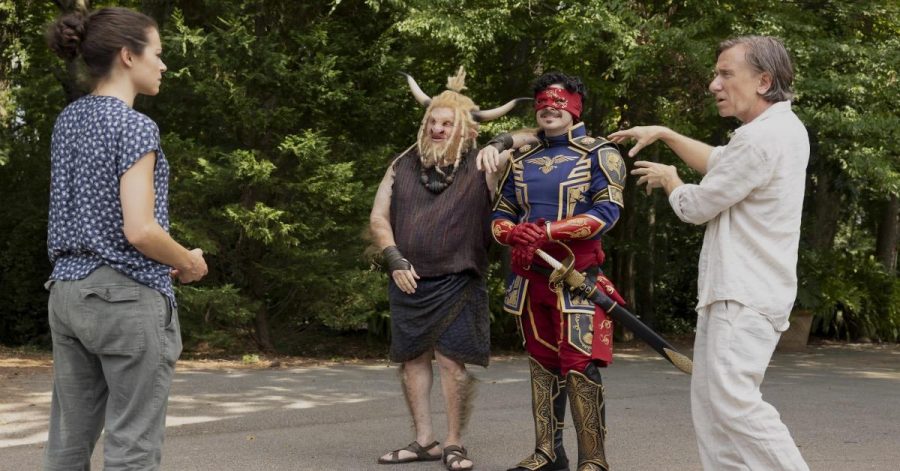 Jen is introduced to two members of the retreat. This episode focuses on Jennifer’s insecurities and how she can manage them.

Continuing where the last episode left off, Episode 7 focuses on Jennifer’s feelings about She-Hulk being more well-known than her.

After their first date in the last episode, Jennifer and Josh begin going on several dates. That progress in their relationship suddenly stops after they go home together on Friday night. Josh begins ghosting her immediately. This causes Jennifer to lose focus on work and only worry about getting a text back from Josh.

She regains some focus when Blonsky’s parole officer, Chuck, calls her and tells her that his inhibitor chip is malfunctioning, and he wants her just in case something goes wrong. They go to Blonsky’s residence, which he has turned into a mental retreat. After Jennifer’s car is damaged in a fight between two people attending the retreat, she is forced to stay there with no reception as she waits for a text from Josh.

After wandering around the grounds for any reception, Jennifer stumbles into the middle of the retreat’s group therapy. She also sees one of the criminals who attacked her in Episode 3. After sitting down with the group and talking through her issues, she leaves finding peace with herself.

This episode is more Jennifer-focused than anything. It focuses on her insecurities with her dating life and how she feels unseen when she is just herself. The therapy group helps her realize that if more people got to know both sides of her, they would love her.

The ending of this episode shows why Josh ghosted Jennifer. He is shown copying her phone and sending a confirmation text to the Intelligencia worker from the last episode. What could they be planning?

To wrap up this week’s episode, here are a few things to keep in mind: