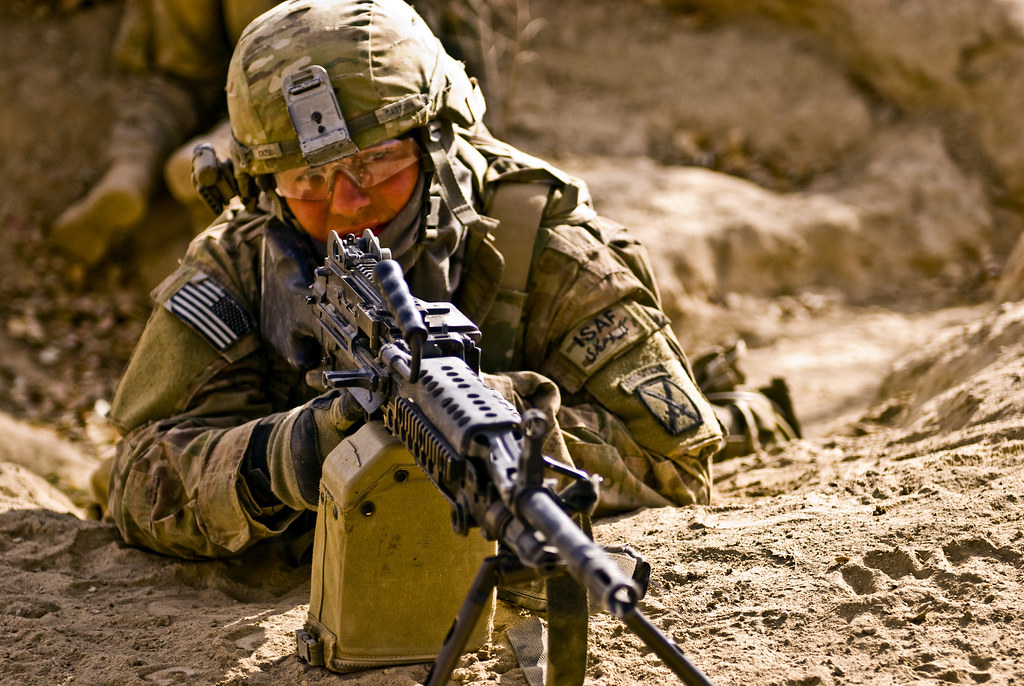 The United States has had troops in Afghanistan since October 7, 2001, America’s longest war. Taking into consideration the recent Taliban takeover of Afghanistan, debate has sparked as to whether or not it’s time for the U.S. to bring its troops home. (u-s-army-sgt-cooper-t-cash-t)

The United States has had troops in Afghanistan since October 7, 2001, America’s longest war. Taking into consideration the recent Taliban takeover of Afghanistan, debate has sparked as to whether or not it’s time for the U.S. to bring its troops home.

U.S. should keep troops in Afghanistan

The U.S.  have been in Afghanistan due to terrorist threats. WSJ.com explained this: “Imagine outsourcing our national security to the Taliban. To expect the Taliban to police al Qaeda and ISIS is like asking the fox to guard the henhouse. It’s only a matter of time before another civil war.”

To prevent the Taliban from taking over Afghanistan, we must keep the status quo. We can prevent a civil war by staying put.

America should keep its troops in Afghanistan and defend powerless people from their oppressive conquerors.”

Jim Ortte, a government contractor who has been involved in world security for over 30 years,  told 7News, “Once U.S. troops and NATO troops leave, it’s unfortunate but I believe the vacuum of insurgents and Taliban then will begin.”

The Taliban are dangerous for two reasons. They are powerful and oppressive, a potent duo.

Let’s not forget the oppression of Afghan women. The treatment of women under Taliban control is sickening.

Refworld.org writes, “Women used to hold very important positions in society but now they aren’t allowed to work, go to school or even wear the things they want to. Women are sometimes beaten for no other reason than the fact that they are women.”

Although women are oppressed under Taliban control, it would be even worse with a war going on. According to JSTOR.org, “Civilians usually account for around 50% of war deaths.”

Terrorists fighting each other may be helpful because it will take care of other problems we might encounter with the other terrorist groups we are against, killing civilians is not. The cost of those innocent lives is too great a risk.

Why would we turn our backs to the women and children who need our help to survive? It would just be a heartless thing to do. America should keep its troops in Afghanistan and defend powerless people from their oppressive conquerors.

The United States needs to start to treat the Taliban like the force they are, the likely future rulers of the territory. Instead of fighting and continuing to mess with the national affairs of a country that no longer threaten U.S. sovereignty, since the United States accomplished its objective of killing Al-Qaeda leader Osama Bin Laden and extracting revenge upon the Taliban, the United States should focus on more troublesome countries, such as Cuba or China, and bring the troops home.

The United States military has become the Afghanistan region’s police force, enforcing a mockery of the rule of law, while putting American soldiers in danger. A total of 2,442 U.S. troops have died, and 20,666 wounded, ever since the U.S. invaded in 2001.

What is the objective? At what point does the United States leave the region? The invasion of Afghanistan would not be universally seen as a failure if the U.S. had just left after defeating Al-Qaeda. Instead, the U.S. has drawn the conflict out almost indefinitely, into America’s longest war, with no end in sight.

At least, that was the bleak future faced by U.S. soldiers before Trump put forth a tactical plan to withdraw, including one of the requirements being the Taliban made sure Al-Qaeda would never operate out of their turf.

The Taliban agreed to this requirement, which supports that countries are able to interact with the group in a matter that is diplomatic, just like any other foreign group.

This move made by President Trump was almost universally supported by peacekeeping forces. Trump did what his two predecessors, President Bush and President Obama, refused to do, despite a large majority of Americans supporting withdrawal.

Now, President Biden is continuing the withdrawal process. This withdrawal, in whatever form, should be seen as a bipartisan win, something that’s so rare in modern America.

The United States needs to be done meddling in foreign affairs of countries that have little importance to national security, and instead turn its focus to its neighboring countries. How is the United States supposed to be the symbol of democracy when, literally 90 miles off of its coast, is an oppressive communist regime?

The United States has been focused on the wrong target. There’s a country literally begging for U.S. intervention, waving American flags and all, and U.S. leadership has turned a blind eye to them, angering people of Cuban descent currently living in America. The Cuban people want freedom from the oppressive regime, yet America looks toward the Middle East.

The United States should realign the interests of its foreign decisions to better reflect the wishes of the American people. Instead of staring down the Taliban, the U.S. should instead focus its attention toward its own backyard, and bring the troops in Afghanistan home.