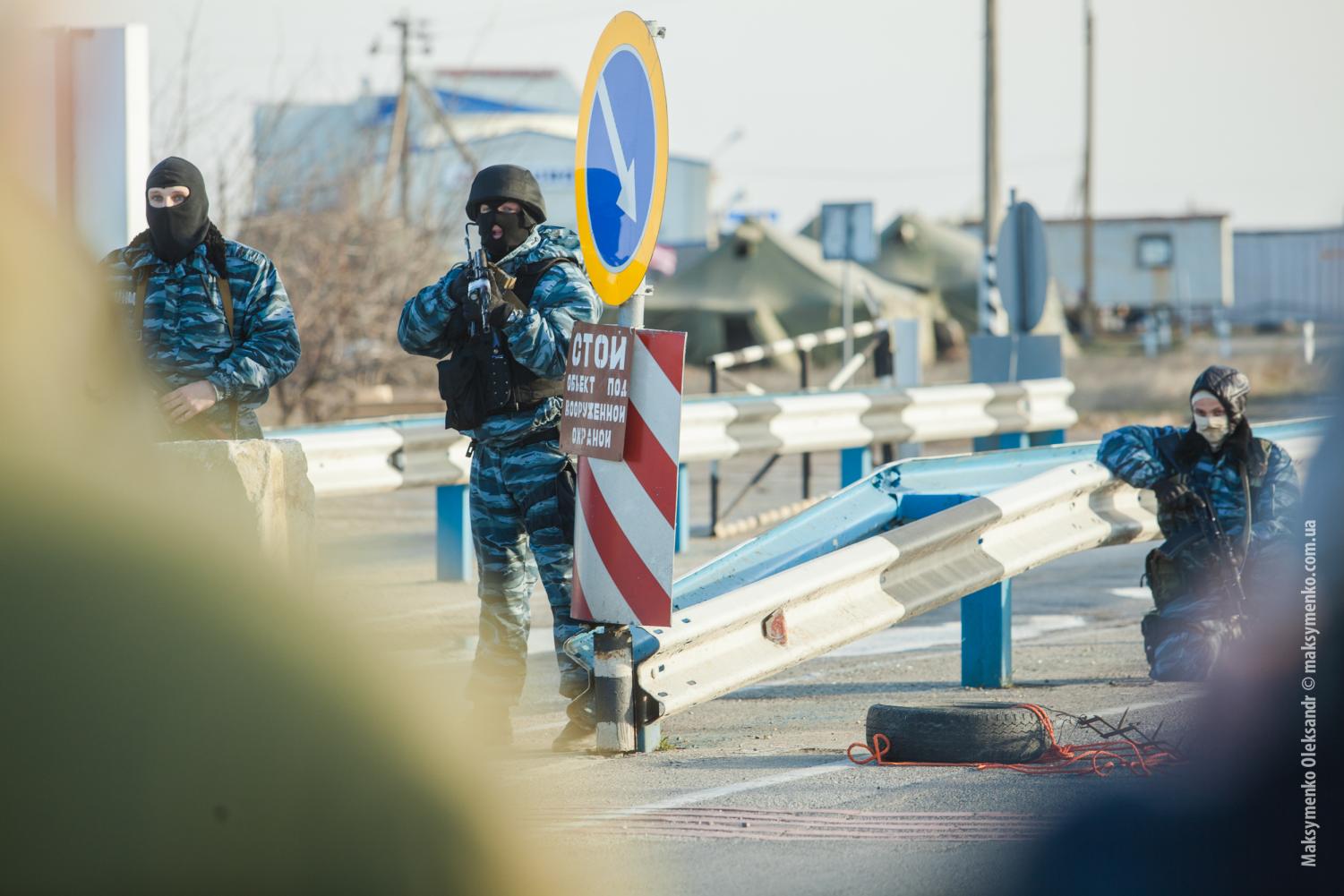 Ukrainian military stands guard at a border checkpoint. The increasing tension in the region is prompting debate over how the United States should act. ("IMG_8807" by snamess is licensed under CC BY 2.0)

Ukrainian military stands guard at a border checkpoint. The increasing tension in the region is prompting debate over how the United States should act.

Currently, Russia has amassed an army on the Ukrainian border. A group of 15 Republicans have responded by demanding Biden to provide military assistance to Ukraine. This is a  completely outlandish idea.

The United States should not risk its own troops against Russia in a war that does not concern American interests. Russia has been villainized time and time again. Americans should be looking at the possible benefits of collaborating with them, instead of trying to find an excuse to attack or dismantle them.

American counter-aggression would lead to an escalation on both sides that could possibly kick off a major conflict. Both sides would be better off if this did not occur. An all-out war with Russia would most likely lead to nuclear conflict, and the U.S. would be wise to avoid another cold war.

America has much greater threats to worry about, and by constantly demonizing Russia, the United States is tarnishing any good reputation it might have with anything in Russia’s sphere of influence. In a competition between the U.S. and China, America’s biggest threat, the U.S. should want to have as much good standing with Russia as possible, as they would prove to be a vital ally if a conflict were to break out. Instead, we are essentially forcing them to be our geopolitical enemies.

Instead of trying to counter Russian aggression toward Ukraine, the U.S. should either leave the conflict alone, as the United States has no interests there, or be collaborating with Russia in order to personally benefit from the inevitable invasion. It makes no logical sense why the U.S. would exhaust resources to support the clear loser of a conflict when the U.S. should have no involvement in it to begin with.

[B]y constantly demonizing Russia, the United States is tarnishing any good reputation it might have with anything in Russia’s sphere of influence. ”

By supporting Ukraine, the U.S. would once again be considered the laughing stock of the world. The United States just cannot afford another embarrassing capitulation on the world stage. Our leaders have not learned anything from the gargantuan failure that was Afghanistan.

America needs to consider the real, practical applications of foreign policy instead of using it as a way to sanctimoniously praise its moral superiority. If America really wants to support democracy and fair elections, then maybe the United States should stop interfering with them.

The United States should re-evaluate the direction of its foreign policy in order to make sure that America benefits from any action because the benefits of America should take precedence over random geopolitical affairs.

Simply put, America should focus on itself instead of recklessly getting involved with the losing side of foreign affairs.

U.S. should get involved in Ukraine-Russian affairs in order to protect democracy

As of right now, America is the only global superpower, and the policeman of the world. They are a beacon of freedom and democracy. With this in mind, they set an example by dealing with corrupt and violent countries. Russia is just one of these corrupt countries proven by the recent actions involving Ukraine.

Because of Russia’s vicious authoritarianism, it is America’s job to repel these harsh attacks on its ally Ukraine. ”

Russia and Ukraine are butting heads, to put it lightly. Ukraine and Russia have been in a conflict for about seven years. Following the Ukrainian revolution in 2014, there was the annexation of Crimea, and Russia’s support and backing of the Donetsk People’s Republic. All of this has built up hatred between Russia and Ukraine. Currently, Russia is provoking Ukraine by placing troops on their border.

In 1991, Boris Yeltsin, the former dictator of Russia, went against his pledge to install popularly sovereign democracy and instead enacted an authoritarian constitution. His predecessor, Vladimir Putin, came into power and has rigged every election since.

In Russia there are no fair elections, free media, or free speech. In fact, there is constant harassment of the political opposition of Putin. Because of Russia’s vicious authoritarianism, it is America’s job to repel these harsh attacks on its ally Ukraine.

Conflict between them is at its worst since 2014 in the Russo-Ukrainian War. According to Ukraine, Russia has put nearly 100,000 troops along its border. This is a complete and utter violation of peace and an obvious provocation.

Ukraine, which has a population of 45 million, wants to be a sovereign, independent, and democratic state. As a defender of freedom and democracy, the U.S. supports them. We are allies with Ukraine, creating a political obligation to defend them.

The conservation of Ukrainian democracy and sovereignty of its people should be guarded with alacrity by using financial, political, and military aid. America can put its foot in the door between Ukraine and Russia by inserting its political ambassadors in order to discuss peace and long lasting cooperation.

Financial aid to Ukraine should be given, specifically for their military. This should provide a greater defense on their border, similar to America funding the Iron Dome in Israel, which is appropriately effective in carrying out its objective.

However, if both steps fail and the forces of Russia begin to take over, an ultimate decision should be made. America should deploy troops and fleets of military-grade vehicles.

This is all in the sake of upholding democracy, protecting a precious ally, and getting rid of an evil entity that continues to persist.