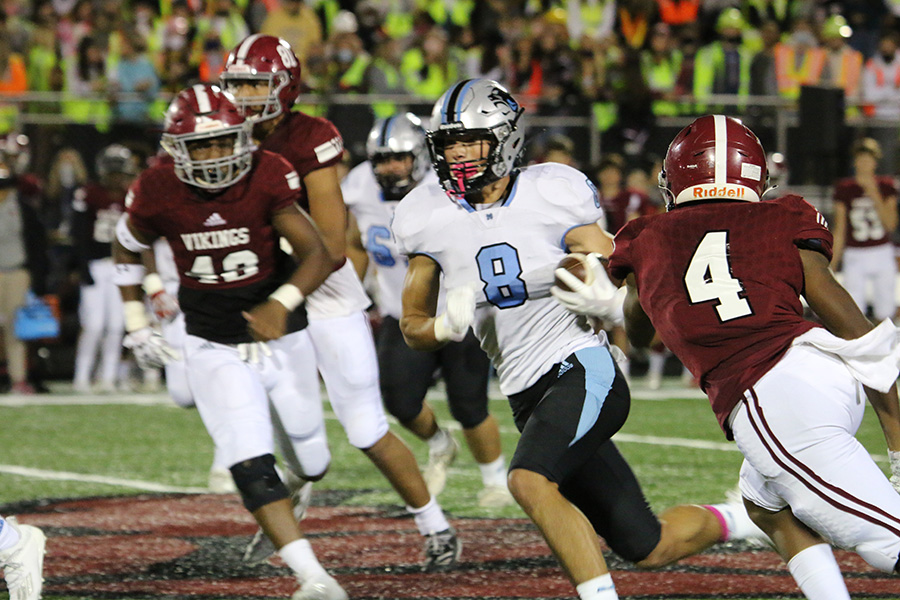 Senior safety Cole Bishop rushes past the Northgate defense during the Panthers’ away game against the Northgate Vikings. Bishop helped orchestrate the Panther defense’s third shutout of the year, winning 10-0. He also had two carries for 31 yards. Overall, the game was rather quiet, but there were some interesting things of note to takeaway.

Last week, the Panthers made their way to Valhalla to take on the Northgate Vikings. Exactly two hours later, the Panthers were victorious 10-0. A very quiet shutout it was. Here are three takeaways from their second region win.

Both teams showcased young quarterbacks that played different styles. On one side there is sophomore Will Yarbrough, who played much more conservatively like a game manager. On the sideline was sophomore James Paige, who used his explosive athleticism to try and make plays.

Yarbrough has been thrust into a situation where he is forced to adapt or crumble.”

Paige took the play into his hands on several occasions. On his own, he carried the ball 17 times for 53 yards. He also passed the ball a couple times going three-for-eight with 36 passing yards. He was never afraid to try and make a play, even if it cost the team like one big scramble inside the five did.

Yarbrough played more like a game manager in comparison. He seemed comfortable managing the clock and letting the other backs on the offense carry their own loads. Even so, he still was not afraid to take the ball and run, rushing the ball twice for 20 yards. Along with that, he helped keep the offense on the field for nearly half an hour of game time.

Yarbrough has been thrust into a situation where he is forced to adapt or crumble. Even though he has not soared with mind-boggling stats, he has carried his own weight on his shoulders. The first-year starter looked disciplined under center and proved that he can do the basics of the quarterback position.

Everybody knows that seniors Cole Bishop and Wes Haney are unstoppable forces within the Panther defense. Not only did they prove their might once again, but they also made stellar contributions on the offensive side of the ball.

These are two players who have been able to make contributions to varsity football since their freshman years.”

Bishop helped lead a secondary that shut down Northgate’s passing game, and he also ran the ball twice for 31 yards. Similarly, Haney had a good defensive night, including a fumble recovery, but also got some important rushing yards with three carries for 35 yards.

“We have workouts during the winter, summer, and throughout everything,” Bishop said. “So we just are already dedicated to [the game of football], so discipline comes overtime.”

Having two athletes like this is incredible. These are two players who have been able to make contributions to varsity football since their freshman years. Seeing those two athletes exert contributions for the team as a whole says volumes about not only their own abilities, but how they stick their necks out for the team. Starr’s Mill is lucky to have two captains that have those qualities.

On the surface, it was looking like Northgate was simply able to consistently make stops in the trenches, and the lack of offensive production was for that reason. However, I then realized this was happening a little too often, and it was happening on several snaps in previous games. Then it clicked, it was on the green in the backfield.

Sure, the offense is doing just enough to win now, but how long will this level of play hold up?”

Sure, the offense is doing just enough to win now, but how long will this level of play hold up? The inexperience of the backfield is still showing. Even if the Panthers are controlling time well, granted that is a cornerstone of every Starr’s Mill offense under head coach Chad Phillips, the stats are not there.

There have been 10 turnovers in six games, compared to the 13 through the entire 2019 season, the offense has only exceeded 20 points once, and there has not been a single 300-yard game yet. This is not to come down and disregard all the work the offense has been putting in, but it is still concerning.

There are going to be stronger teams in the road ahead, and one of them is Griffin next week. It will be worrisome if the offense keeps playing like this. I am sure that the team is aware of this, and know they are not where they want to be. The season is still young and there is work to be done, but it has to happen sooner in order to prepare for later.

It is a good thing that the defense is as incredible as it is, or the Panthers would not be ahead in the region right now. However, the biggest fish to fry is on the horizon. Griffin is going to be a challenge. They may not be the best coached team in the region, but their athleticism can carry them miles.

Having proven to get the job done, the offense will have to do what they have always done and then some and get some substantial production. There is no doubt that the defense can keep Griffin in check like they have with several powerful offenses already this season. The question that will be posed on game day is this: Will the offense rise even higher?

Even though I came down on this offense, the potential is there and so are the weapons. They just need to be refined some more, and then we could see great things happen.

Find out next week at Panther Stadium as Starr’s Mill hosts Griffin on Oct. 30. Kickoff is set for 7:30 p.m. 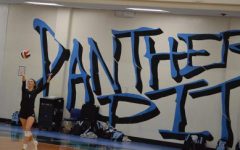 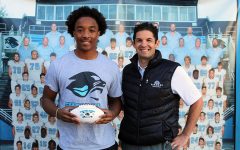 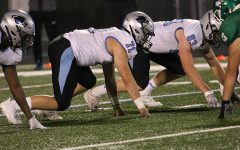