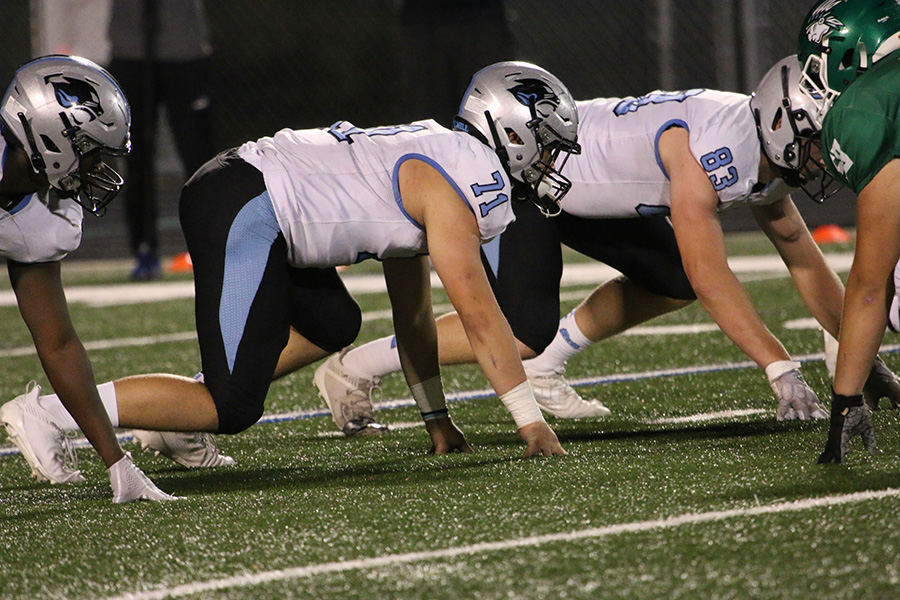 Senior Andres Moc lines up for the next snap during Panther football’s final regular season game against the McIntosh Chiefs at McIntosh High School. Starr’s Mill focused on developing their offensive game amidst great performances by a reliable running back and an explosive defensive line. Moc led the Panther defense with two sacks against the Chiefs in the 38-7 victory.

In the final regular season game for the Panthers, they traveled to McIntosh to face the Chiefs and tore them apart for a 38-7 victory. Heading into a bye week and into the playoffs, here are some takeaways from that blowout win.

Not that he was doing bad up until this point — far from it — but his game against the Chiefs was fantastic.”

At different points of the season there have been different running backs leading the charge for the Panthers. Early in the season senior Devin Barnett took the lead, and sophomore Greigh Joseph became the main man throughout region play. Then you have junior fullback Brandon Mathis who is now the biggest piece in play.

Not that he was doing bad up until this point — far from it — but his game against the Chiefs was fantastic. He took five carries for 134 yards, including a 79-yard touchdown run. On the night he averaged 26.8 yards per carry. So far this season he is second on the team in rushing yards.

What works with Mathis is that, just like his fellow backs, he opens up the run game significantly. The drawback for him this season is that he is not nearly as productive as the other backs on the team like Barnett and Joseph. He only has three touchdowns on the season.

He is a piece that has been used consistently in conjunction with Joseph to create a dynamic duo within the run game. What he has proven against McIntosh is that he can step up and make big plays when the opportunity presents itself.

Putting together Mathis, Joseph, Barnett, and sophomore quarterback Will Yarbrough creates a potentially lethal running game. Yes, they are all less experienced and make more mistakes than are to be desired, but the talent and potential is there. The Panther offense essentially has a revolving door of runners. When it works, it is a beautiful sight.

In the trenches, Starr’s Mill has gotten through and disrupted the opposing backfield time and time again. Every defensive lineman caused trouble for the Chiefs, but by far the most impactful was senior Andres Moc with two sacks.

Moc was getting through the offensive line constantly. He highlights a defensive line that led to the Chiefs’ offense all game long. McIntosh’s run game was limited to only 113 rushing yards. Furthermore, the Chiefs were pushed back 28 yards in total. The Panther defense also recovered all three Chief fumbles.

Beyond the fact that the Panthers’ starting defense has pulled off its fourth straight shutout, they cause trouble and difficulties for any opposing offense. As seen against the Chiefs, whoever was carrying the ball, whether it be their quarterback or a running back, was forced to scramble for their lives to keep the play alive.

“Let’s give McIntosh a little credit. Their kids played hard, and thought they actually played with a little more emotion than we did most of the game,” head coach Chad Phillips said. “They controlled the clock for a good bit… At the end of the day, we had a little bit better players, a little bit more tradition, and a little better culture.”

This did allow McIntosh to squeeze their way downfield in certain cases. Even so, keeping big plays out of the picture and keeping them on their toes is a good problem to have. The fact that the defense line has caused this much trouble is indicative of their strength and why every offense should block carefully.

As previously mentioned several times before, there is still some green in the backfield. Fortunately for them, they had nothing to play for against the Chiefs. Due to Northside Columbus having to forfeit this upcoming Friday’s game, the necessity of winning was out the window, opening the door for practicing specific things.

Call it a blessing in disguise, but this week may be just what they need to be prepared for the ‘next mission.’”

Against McIntosh in particular their goal was to get down the option and some passing plays. Across the game they heavily focused on calling option plays to get that aspect of their offense down. It looked like they were ironing out those kinks. Even though some plays didn’t work out, other times it did and both instances work as experience for the team.

With the lack of experience the backfield started out with, they can use every opportunity to learn and grow that they can get. I would say that compared to the beginning of the season, they have gotten better and look more consistent.

Having an impromptu bye week is both a good and bad thing for this team. It is slightly bad because there is one whole game of experience that they will not get. It is a good thing because they get an additional week of practice.

This week also gives a chance for players like defensive lineman junior Morgan Gunnin and senior Jackson Baxley and senior kicker Connor Marke the chance to heal for the playoffs. Call it a blessing in disguise, but this week may be just what they need to be prepared for the “next mission.”

What to watch for in the playoffs

Region play is done and Starr’s Mill has earned their way to the top seed. Beyond picking the winner, I may have been wrong with my region predictions, but now the second stage of the season is complete. The playoffs are on the horizon. The philosophy for the Panthers will be to take on the week and go from there.

The big question is this: Will the Panther offense rise to the occasion? Now more than ever, every game matters and one bad game could be the end. At the very least, if they can get the job done and the defense keeps on playing like they have been, the Panthers could be playing well into December.

Mission two commences Nov. 27 as the Panthers host either Jonesboro or Mundy’s Mill in the first round of the GHSA state playoffs. Kickoff is set for 7:30 p.m. 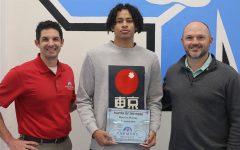 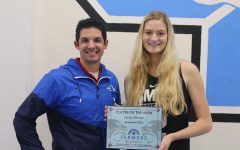 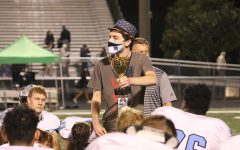 Why sports matter to me 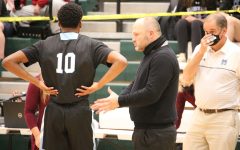